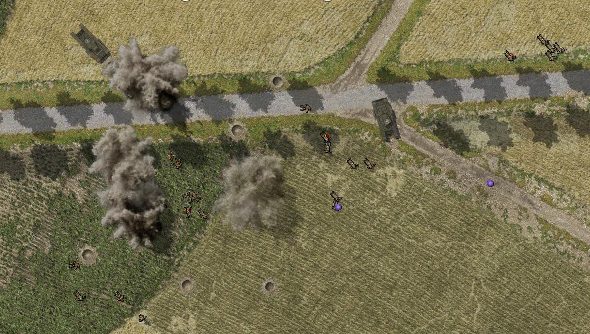 The British and Commonwealth armies in Normandy, following the D-Day landings, rarely gets to take center stage in a wargame. They usually take a back-seat to the night-drops and landings on June 6, or they have to share the spotlight with the American efforts to break-out of their beachheads. Or, in operational-level games, the details of their campaign are abstracted-away as a series of modifiers. “Terrain: Bocage, +6 to defense, armor attacks at 50% strength.”

That’s why I’ve been so gripped by Close Combat: Gateway to Caen as I revisit it this summer. It brings to life a bitter campaign that is too often treated like a parenthesis in the Normandy campaign. It is also an example of how making a good wargame can sometimes be at odds with making a great game.

The first time it happens, it’s exhilarating. My small German force is standing in the path of a British armored assault in Normandy, a few weeks after D-Day. They are seriously outnumbered. When the Tommies are almost on top of my first line of troops, I give the order to fire.

MG-42s scythe-down rows of British infantry. You can hear the igniter caps of grenades falling to the ground like showers of coins, followed by the flat crunch of an explosion as clusters of Allied troops are blasted to the ground. Three British squads are shattered within seconds.

The tanks are ineffective, blind without their infantry, yet they make up in firepower what they lack in precision. My front-line defenders racked up a mighty butcher’s bill, but nobody is getting out of there alive as the tanks saturate the area with machinegun and high-explosives.

The tanks eventually finish their bloody work, but the British are a shambles. As the tanks advance into the second set of farm fields through a gap in the hedges, they come into the sights of my 88mm anti-tank gun. Infantry might have spotted it, but the buttoned-up tanks don’t have a prayer. The 88 fires four shots and racks up three tank kills.

The British attack is a disaster. They’ve suffered 40 casualties and lost three tanks. The Germans have lost just 20 men killed or wounded. It’s a stunningly lopsided victory, and I do a lot of back-patting for my clever dispositions and perfectly-timed volleys.

It’s just as good the second time it happens. The fifth time around, it’s starting to feel like a shooting gallery or a tower-defense game. My own losses are mounting as well, as I steadily trade away ground and lives for massive British casualties. By the end of the operation, which turns out to be a major German victory, I and my British opponent are fighting set-piece battles with the hollowed-out shells of armies.

The repetition and the grinding attrition does not always make for great or gripping gaming. But in this case, it proves to be very good wargaming. 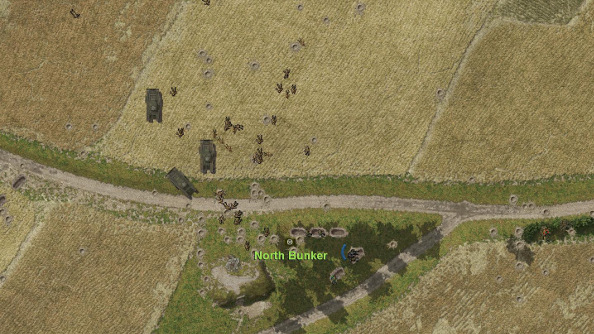 In popular memory, Britain’s long and often lonely war against German fascism unspools like so much newsreel footage. Civilian sailors and local fisherman hauling the BEF out of the cauldron at Dunkirk. Then it is the summer of the Spitfires and Britain’s finest hour. Cut-to the East End in flames by night, and then Monty in his khakis setting the Desert Fox to rout and then…

…The Yanks are there, Overlord, the Red Devils at Arnhem, and V-E day. The last four years or the war pass in the blink of an eye as Britain relinquishes its leading role to the United States and the Wehrmacht finds its grave in the Soviet Union.

But the grim meat-grinder on display in Close Combat Gateway to Caen highlighted a very different story from Britain’s war. It wasn’t a story about “the Few” or British pluck overcoming Nazi ruthlessness. It was about sacrifice.

As I played both sides of Gateway to Caen, I realized I was not playing a traditional Close Combat game, where the courage of individual soldiers and the tactical savvy of their commanders will usually carry the day. It is a series that always focused on small units of individualized soldiers: cowards and heroes, veterans and raw-recruits, grizzled sergeants and fresh-faced lieutenants. It is a series where there is usually a clever flanking move to execute, always a position you can suppress and storm if you play your card right.

Gatheway to Caen, by contrast, is a trench-less World War 1 game, complete with stalled tank assaults, piles of dead infantry, and glacial advances from one end of a farmer’s field to the other. It was grim mathematics as two armies waged a war of annihilation rather than maneuver. 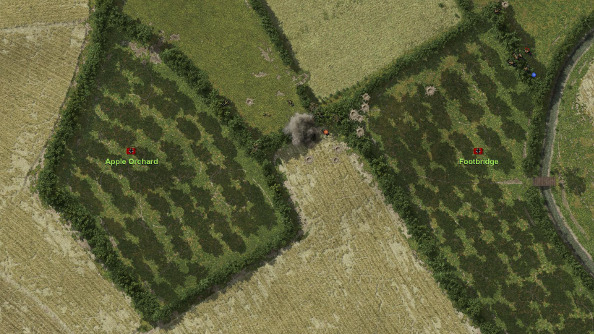 This is perhaps not the best kind of gaming. Gateway to Caen often feels like it places you in a tactical straitjacket, and that’s frustrating compared to the freedom of maneuver that the series has offered in the past. Couple that with Gateway to Caen’s outdated menus and interface, and it becomes a very difficult game to recommend to anyone but series veterans.

Still, I’m glad I’m playing it. Gateway to Caen serves up a memorable, coldly-detailed portrait of a campaign that casts our familiar adversaries in unfamiliar roles. The British find themselves waging a Soviet style campaign of attrition and overwhelming force, shattering German positions at the costs of hundreds of dead, while all the German forces are trapped in one do-or-die defense after another.

Wargames often flatter their players with lots of agency. You have the freedom to test your pet theories, think laterally, and show that, yes, you could have done better than Lee did at Gettysburg. Yes, you know the real secret to storming Moscow in 1941 as the Germans. It’s harder to make a game that gives you lots of room to try things out or be flexible… and then shows how historical circumstance conspire to render all that ingenuity moot.

As I played more of Gateway to Caen, my Three Moves Ahead colleague Bruce Geryk suggested I read Alexander McKee’s Caen: Anvil of Victory to understand more of the historical terrain that Gateway to Caen was trying to cover. McKee was a participant in the campaign, writing without any of the “Good War” nostalgia that hazed-over so much of 1990s historiography. 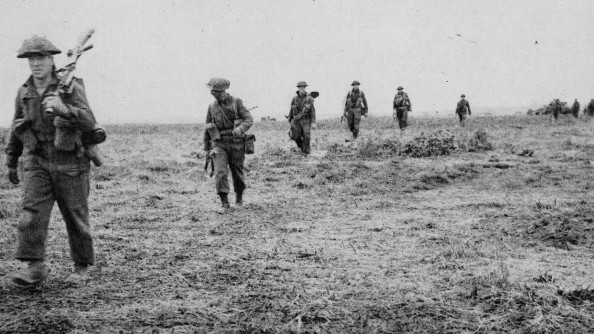 His history of the campaign is almost Tolkien-esque in its sense of a world passing away in the midst of one last cataclysmic struggle. Montgomery and all the armies of the Commonwealth have to suck as much of the exhausted German army as they possibly can into a bloody stalemate while the Americans try (and repeatedly fail) to break-out. They are low on replacements because the British Isles are, quite simply, running out of manpower.

On the other side is a German army led by men who have lost all conviction and who are trying, even as the campaign in France reaches its crescendo, to kill Hitler and overthrow the Nazis. But they’re doomed on two fronts: at home, they are too white-gloved in their sensibilities and naive in their expectations to take on the Nazi Party’s savage political infighters and mass-murderers. At the front in Normandy, they are feeding the best troops and equipment they have into a stalemate they cannot hope to win, despite help from the turncoat geography of Northern France.

Gateway to Caen brings this harsh reality to life in a way that few wargames ever do. We focus on the “turning points” of the war, but they were few and far between. The daily reality was often closer to the kind of brutal, methodical grind on display in Gateway to Caen. The overall outcome of the war may have been a foregone conclusion, but there was a long and bloody road to get there.