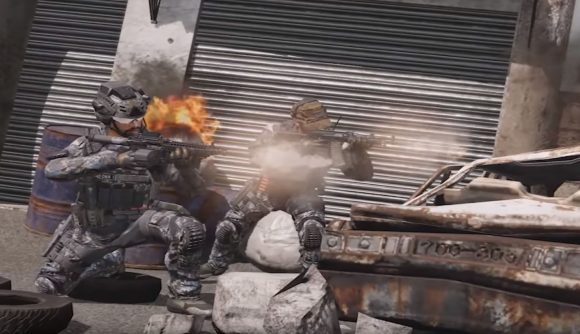 You might have heard that a Call of Duty mobile game is on the way, due to arrive on IOS and Android on October 1. However, it looks like mobile might not be the only way to play – GameLoop, an Android emulator, will reportedly let you play the game on your PC with mouse and keyboard support at the game’s launch.

The Call of Duty: Mobile GameLoop page says (via PCGamer) that the emulation offers “mouse and keyboard to ensure precise aiming and shooting” as well as “exclusive key mapping.” So, it looks like players will get the chance to try the game with a PC setup on their side – though it’s possible that the game’s servers might pick up on the fact that you’re using an emulator and match you up accordingly, à la PUBG mobile, as PCGamer suggests.

Call of Duty: Mobile is a free-to-play FPS from developer Tencent Games – League of Legends studio Riot’s parent company – and published by Activision, which will arrive with “signature Call of Duty multiplayer, iconic maps, modes, characters and a new battle royale experience.”

You can check out a trailer for the game below.

Call of Duty: Mobile is coming to Android and iOS on October 1st.

So far, it looks like CoD: Mobile will likely be most familiar to Black Ops 4 players, with the announcement footage appearing to include some specialists and gadgets from the title, plus some well-known CoD maps like Crash and Nuketown.