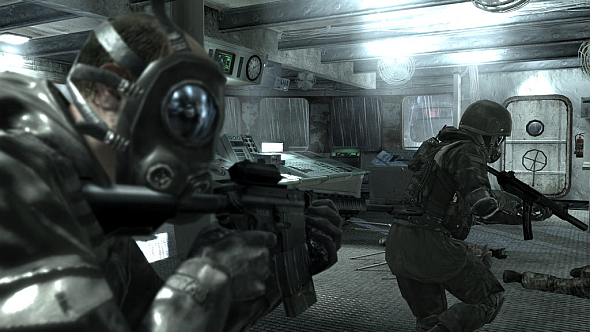 Activision Blizzard are planning a cinematic universe based on perhaps gaming’s biggest franchise: Call of Duty.

Which of the best games on PC would you make a movie out of?

At the helm will be Stacey Sher and Nick van Dyk, co-presidents of Activision Blizzard Studios, an in-house production division whose brief is to make successful film and TV out of videogames. The studio launched in November 2015 and Sher joined the following January,amid announcements of intent to make movies based on Diablo and StarCraft, but it seems they’re kicking off with COD, which follows a certain kind of logic, we suppose. The franchise will take multi-layered, interconnected approach, inspired by the Marvel Cinematic Universe.

“We have plotted out many years,” says Sher, in an interview with the Guardian. “We put together this group of writers to talk about where we were going. There’ll be a film that feels more like Black Ops, the story behind the story. The Modern Warfare series looks at what it’s like to fight a war with the eyes of the world on you. And then maybe something that is more of a hybrid, where you are looking at private, covert operations, while a public operation is going on.”

Van Dyk adds: “It’s going to have the same sort of high-adrenaline, high-energy aesthetic as the game, but it’s not a literal adaptation. It’s a much more broad and inclusive, global in scope… a big, tentpole Marvel-esque movie.”

The Guardian say that the pair are sketching out a COD universe inspired by the feel of the different incarnations of the game, rather than transposing existing plots. A first instalment could land as soon as next year, with more to follow if all goes well.

Personally I wouldn’t mind seeing the Modern Warfare or Black Ops trilogies adapted into movie form, but if existing stories aren’t going to be used, I don’t see what would differentiate a COD movie in theory from any other military action flick. Still, best of luck to Activision as they set out to make a good videogame movie, a feat which many maintain hasn’t yet been achieved.