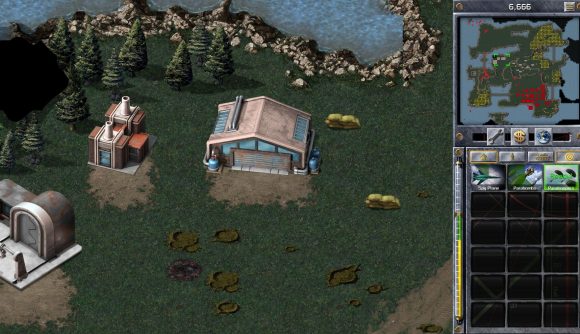 Command & Conquer Remastered is upon us, and it’s a hit – but there’s still room for improvement. The game’s first major patch has landed today with a host of fixes and new features, some of which fans have been expecting since launch. Most notably, the update adds some fixes for the stuttering issues players have reported, and introduces private lobbies for online players.

The frame rate issues were “complicated to address”, EA’s Jim Vessella explains, but the devs eventually worked to “refactor the way textures are loaded by the game and push the majority of that loading before you get into gameplay”. In practical terms, that means load times when you first start the game are now going to take a bit longer, but you should see fewer frame rate stutters as a result.

The update also introduces private lobbies, which you can enable through the ‘private game’ box while you’re setting up a match. Players who want to join will need to enter a passcode to do so. You can also now mute a player’s chat during a game, and have access to a player panel to view names, factions, and statuses.

There are a load of quality-of-life improvements, too, including some improvements to harvester pathfinding and an overall reduction to the difficulty of hard mode.

Those are the highlights, but you can head to the official site for a look at the patch notes in full. For more strategy games, you can follow that link for a big list of great ones.