The developers of Command & Conquer: Remastered have confirmed that pre-production on the game is complete, and they’re now moving into full production. Alongside that bit of news, they’ve shown off the first look at the game’s redesigned UI, including the sidebar you’ll be using to manage your construction.

The new sidebar is built to reduce the need for scrolling, with roomier tabs divided out for buildings, infantry, vehicles, and support abilities, so each type of constructable has its own space to breathe. It’s based on the menus from C&C3, and it looks slick – just like the Construction Yard itself did in the last preview.

Repair, sell, and map buttons are now represented with icons rather than text – partly an effort to ease the localisation process. Money display and the options button are now over the sidebar on the upper right instead of hovering over the main display window. This design favours the Tiberian Dawn look, but the Red Alert UI will likely favour that game’s style.

You can see the image below, or check it out in its full 4K glory. 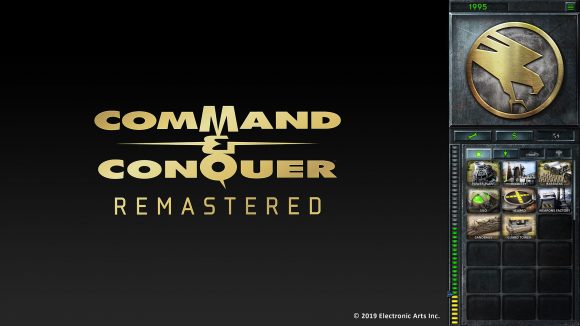 Command & Conquer: Remastered has been ticking all the right boxes since the original announcement, from the inclusion of Red Alert to the addition of the original soundtrack master, Frank Klepacki.