The developers behind Command & Conquer: Remastered have been giving fans a slow drip of information since the project was announced last year, including glimpses of the new visuals, new UI, and the remixed soundtrack. But up until this point, we haven’t seen any actual gameplay footage from this updated version of one of the best classic PC games. Finally, that’s changed.

You can check out the footage for yourself on Reddit, but it’s a familiar battle between GDI and Nod forces that looks exactly as you’d hope. The extra cool bit is that you can switch between old and new graphics styles with a single button press during any campaign mission. That lets you enjoy the chunky majesty of the 320×200 art or the clean, modern visuals at 4K whenever the mood strikes you.

The implementation also lets you zoom in and out using the mouse wheel with either graphical style, which wasn’t possible in the original games. The remaster is still built with 2D sprites, as the studio explains in a new blog post, which enables the real-time switch to work as smoothly as it does.

If you’re eager to see more, there’s a bit of additional comparison gif on the official site. 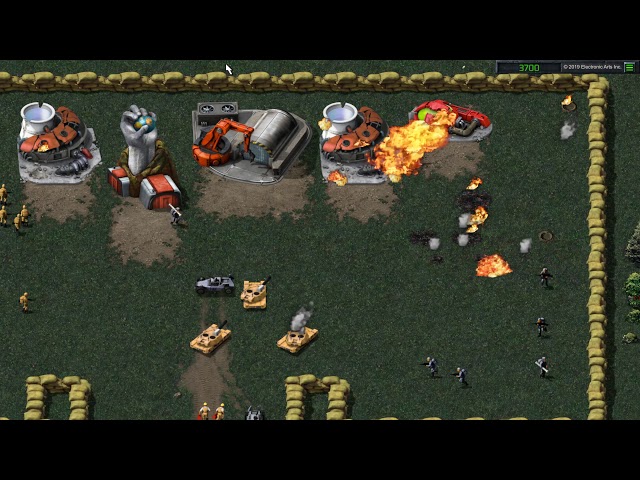 The new art looks solid in motion – even though my love for pre-HD pixel art is eternal – and the real-time switch feature is something every remaster of this type should include.

The likes of Monkey Island HD and the Halo remaster are sadly too rare.