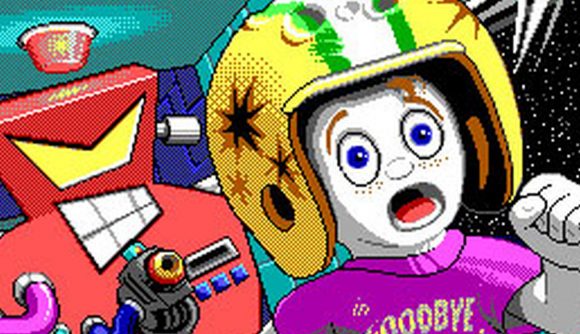 The past few years have seen some of legendary FPS studio id Software’s biggest franchises return. With the return to form of both Doom and Wolfenstein, and even Quake hovering in the background, it’s a pretty good time for the studio’s old guard, but there’s one big name missing – Commander Keen.

That’s not for lack of trying though. According to id co-founder Tom Hall, who opened the studio alongside John Romero and John and Adrian Carmack in 1987. In a Reddit thread last night discussing the Nintendo Switch release of Commander Keen: Keen Dreams on Nintendo Switch, the developer said that he would “love to do a new Keen,” but doesn’t have the rights to the series.

Hall goes on to say that he’s tried in vain to relaunch the series. An attempt at a spiritual successor, Secret Spaceship Club, floundered on Kickstarter back in 2013, and Hall says that he’s never had any luck speaking to Zenimax – “every letter to them has gotten a form letter response.”

For those of you who, like me, weren’t around for the earliest iterations in the series (the first Commander Keen game in 1990), it follows the adventures of eight-year-old Billy Blaze, who donned his brother’s football helmet in order to become the eponymous commander.

Pew-pew: Check out our list of the best FPS games on PC

Zenimax’s radio silence is a shame given the return to form of some of id’s other series, but it would seem that it’s not just Hall that Zenimax is blowing off – he also says that John and Brenda Romero contacted the company with the exact same results.

That hasn’t stopped fans of the series from expressing some creative workarounds, however. One of them suggested an easy switch to create the adventures of Kommander Ceen. That might not be enough to keep the lawyers away for long, but it’s heartwarming to know that nearly 30 years later, the game’s community is still looking out for it.