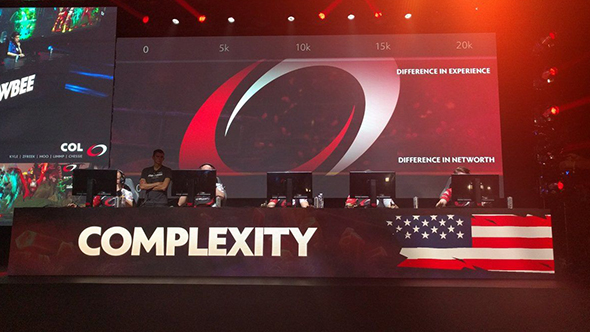 I’ve read more press releases than I can count describing 2017 as “the year of esports,” and while that might be a little too dismissive of competitive gaming’s history, it is true that money is pouring into the scene faster than ever before. The latest financial interest this time comes out of the NFL.

For more “next big things” in esports, check out everything you need to know about Overwatch League.

“The growth in professional gaming is incredibly significant,” says Jones. “We are proud to be stepping into this space with John Goff and an industry icon in Jason Lake. The synergies here are endless and I’m confident our resources will continue the growth of Complexity for years to come.”

Complexity will be moving to Cowboys HQ in Frisco, Texas as part of the deal, constructing a new facility with offices, production studios, and training facilities. Apparently the Complexity roster will also have access to the athletic training, development, and medical services already in place at the location. I’d imagine the needs of esports players are somewhat different than those of traditional athletes, but hey.

“This is just the beginning,” says Lake. “We are taking esports to another level and can’t wait to share more exciting news and details with our fans in the near future.”

If you’re looking to dive a bit deeper into Complexity’s story, there’s a documentary on their Dota 2 team’s attempt to qualify for the International which is well worth your time.