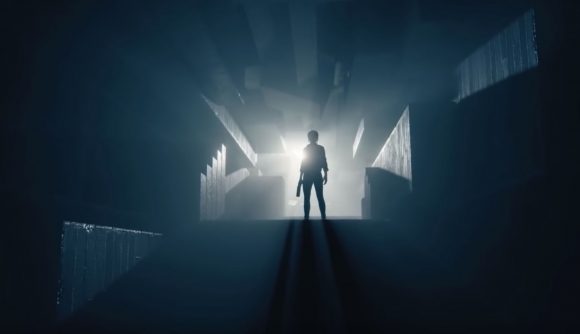 Remedy’s Control launches next week, and it looks to be delightfully bizarre even by the standards of the studio which brought us Alan Wake. While fans are still salivating over the possibility of an Alan Wake 2, Control is generating its own buzz as an original title even with its weirdness in mind (the Avengers-style superpowers probably help, too), and narrative designer Brooke Maggs believes that shows like Stranger Things have helped whet appetites for this type of unusual storytelling.

“I think what that’s done is give it a world and a visual identity that’s relatively unique,” Maggs tells us, “and also kind of conveys that unsettling otherworldly-ness, which is perhaps more relatable to trends we’re seeing on TV at the moment, like Stranger Things, that deal with complex worlds that don’t directly explain themselves right away.”

Control pulls from recognisable inspirations like Twin Peaks and the X-Files, according to Maggs, as well as somewhat more obscure work like the 1979 Russian film, Stalker, and the ‘new weird’ literary genre. That genre is perhaps most famously exemplified by Jeff VanderMeer’s Annihilation, which was adapted into a film last year.

“In that movie, there’s an entity that’s unexplainable,” Maggs says, “and these people are trying to understand it. That’s something we were very clear about in Control – we didn’t want to give players all the answers upfront. We don’t want to fully explain all the creatures. Of course the Bureau has their own idea about it, and Jessie has their own idea about it, but naturally we didn’t want it to be too ‘here are all the explanations that you need’, and people are comfortable with that enough to give it a chance.”

Maggs says “we’re asking fans to be more curious about the game. They can’t just pigeonhole it necessarily.”