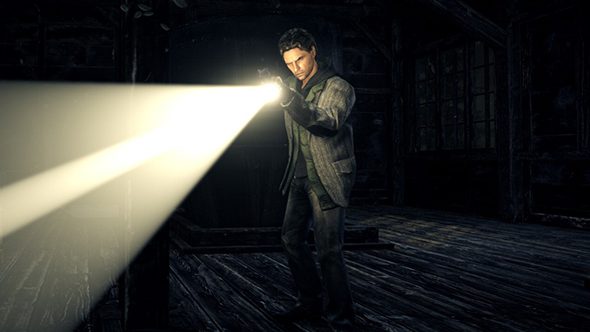 Update, July 16: We probably won’t see Alan Wake 2 any time soon, but Remedy wants to avoid leaving fans hanging for a sequel in the future.

Remedy has made some of the most memorable games of the past two decades, but those games haven’t often gotten sequels. Alan Wake 2 remains a point of extreme anticipation for fans, and the announcement of Control at E3 left many disappointed that we won’t see that sequel any time soon. But with Control, Remedy is working to make sure it has the option to make sequels in the future.

The company’s two previous titles, Alan Wake and Quantum Break, were created in partnership with Microsoft. The Quantum Break IP is owned by Microsoft, though the company’s reticence to invest in a sequel after the game’s mixed reception is understandable. That leaves us with Alan Wake – a Remedy-owned property, but one whose status has confusingly been tied up with Microsoft.

Someday, perhaps, our list of upcoming PC games can house Alan Wake 2. But not today.

“Alan Wake was really interesting but it was a collaboration with Microsoft,” Remedy CEO Tero Virtala tells GamesIndustry.biz. “Due to certain reasons, it never got a sequel. Quantum Break, also, we put a lot of effort into creating the world, the characters, the stories, but still it was Microsoft IP. They decided not to take it further.”

Remedy’s always built story-driven games, and as Virtala notes memorable characters and settings “are typically building blocks in any entertainment business for franchises that could live for a long time. Now for the second time being in a position where we had done all that groundwork and then there was not a possibility to continue those stories… we didn’t want to face that again.”

So perhaps ironically, we’re getting Control instead of Alan Wake 2 precisely because Remedy wants to be able to make sequels. Exactly what barriers are preventing the second Alan Wake from happening are unclear, but some within Remedy certainly want to see it happen.

The series is “very dear to us and close to our hearts,” Mikael Kasurinen says. “We all love Alan Wake at Remedy and I think all of us want to see a new Alan Wake game.” Unfortunately, Kasurinen tellsDualShockersthat he can’t confirm any future plans for Alan Wake, but adds that “we all want to see it happen, absolutely.”

The original Alan Wake took an array of inspirations from Stephen King to Twin Peaks and spun them into a pretty bonkers story built around unique shooting mechanics all about battling shadows. The story was never quite resolved, even by the American Nightmare spin-off, and fans have been eager for a proper sequel ever since.

Of course, Remedy’s been teasing out their love for Alan Wake as far back as Quantum Break, though obviously those teases haven’t panned out so far. The studio’s latest project is Control, which expands the linear design Remedy is known for with sidequests and open Metroidvania world.

Control sounds pretty cool in its own right, but I can’t help but feel for Alan Wake fans – especially with the original game now delisted from Steam. We won’t hear more until the Control release date (at least), but know that the folks at Remedy love our unlikely writer hero, too. Though when that love will actually manifest is anyone’s guess.