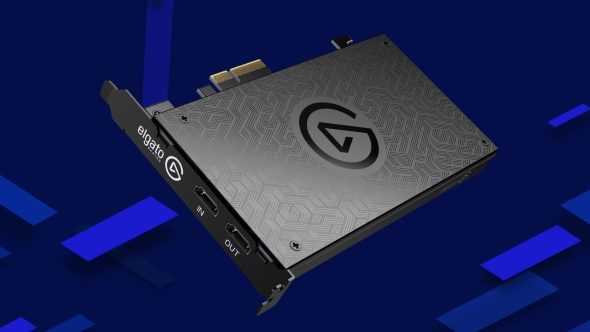 PC heavyweight, Corsair, has today announced that it has reached an agreement to buy Elgato Gaming. If you’ve ever tried streaming from a console, or used a separate capture box to stream from your PC, then chances are you’ve used one of its products already.

It’s only going to be the gaming side of the business that is being picked up by Corsair, with its Elgato Eve connected home stuff sticking under the name Eve Systems for the foreseeable. But don’t worry, the name isn’t going to disappear, with the Elgato brand carrying on as a “separate brand within Corsair.”

Corsair is one of the biggest names in boards, topping our list of the best gaming keyboards.

This is just the latest effort by Corsair to diversify its portfolio. Where once Corsair was purely a system memory brand, it has spread out to cover practically every facet of PCs and PC gaming. From coolers to cases, and PSUs to peripherals, Corsair is one of the biggest PC players around, but until now didn’t really have anything to shout about in the burgeoning streaming sector.

With the Elgato acquisition, however, all that is going to change. Elgato is generally the first name that comes to mind if you’re thinking about streaming from home. Its simple capture boxes allow you to grab, edit, and stream any content that flows through its video connections.

Corsair issued a press release announcing the acquisition and has also made it official via Twitter, which is the only responsible thing to do these days.

We'd like to welcome @elgatogaming to the CORSAIR family! pic.twitter.com/yuRzPNkjjV

We have officially joined the @CORSAIR family and now offer the best in class for gaming and content creation. pic.twitter.com/ak3YVb2PBT

We don’t know how much Corsair has paid for Elgato Gaming, or even when the switch over is going to happen, but the announcement has only just been made so we’ll keep you updated as and when we know more.