Corsair have just announced their fastest ever SSD. The Force Series MP500 is a drive packing up to 480GB of PCIe-powered solid state storage and is capable of blisteringly quick levels of performance. That would be great if Samsung hadn’t gotten there quicker and cheaper.

Until we get an MP500 in our test rig we won’t know 100% how it performs, until then this is our pick of the best SSDs for gaming right now.

SSDs are speeding up again. After being stuck at the limits of the SATA interface for so long new NVMe drives keep turning up pushing performance ever quicker. Corsair are the latest to announce a lightning-fast new SSD, but if you were hoping the Force Series MP500 could be the first drive to challenge Samsung’s dominance in terms of both price and performance you’re going to be disappointed.

The new Force Series MP500 marks a return to the SSD game for Corsair. They essentially ducked out of the SSD market a while back, just releasing the odd slow SATA drive to keep their toes in, but the MP500 is an all-reading, all-writing PCIe-based SSD taking advantage of the super-quick NVMe storage protocol. 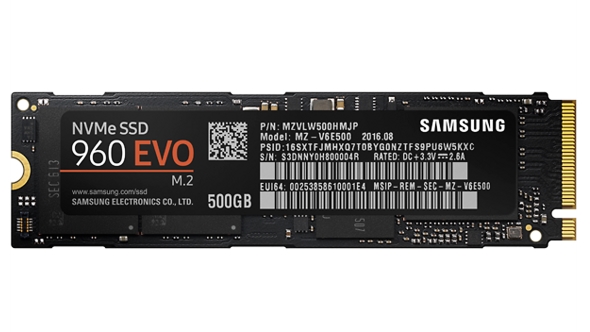 Unfortunately, even for a company the size of Corsair, it’s almost impossible to compete with the manufacturing power of Samsung. What makes the Korean outfit so tough to beat is the fact they try and do absolutely everything they can in-house. From the NAND to the cache to the memory controller, all the component parts of their SSDs are manufactured by different parts of their own company.

Corsair, on the other hand, have to buy in the memory from Toshiba and the controller silicon from Phison. That makes it tough for them to compete on price without utterly castrating their margins.

The main reason the SSD market has been pared down to just a few real players is because the likes of Samsung and Micron (Crucial) are able to use their own NAND flash memory in their drives. The me-too manufacturers, buying off-the-shelf components, have just been squeezed out.