Corsair has added yet another mouse to its Slipstream wireless technology lineup, the markedly chunky Ironclaw RGB Wireless gaming mouse. It’s kitted out with the signature Corsair panache, but there’s something a little more industrial, chunky, and in your face about the Ironclaw. Especially when compared with the sleek Dark Core or Harpoon models out of the Corsair camp lately.

Let’s start with the exterior. The whole left side of this mouse is a jumble of switches and buttons, that, as one of the unique selling points of this SKU, might be make or break for gamers. There are three thumb switches, two in the regular spot and one just above. Further down towards the primary switches, there’s two linear switches just in reach of your index finger.

Besides the usual duo of thumb switches, the rest remain a little out of reach for most primary in-game actions. MMO users may find utility in the extra macro space available, but for the most part these are better suited to secondary actions that you won’t need during the heat of digitised battle. DPI switching or volume, perhaps. The third switch above the thumb rest also is an enigma. It’s not easily depressed with the lower index finger, and the vertical switch mounting makes it tough for anything but the most dexterous thumbs, too.

The remaining two DPI buttons beneath the scroll wheel are well-placed and easily reached in a snap, however. And the accompanying OMRON switches lying underneath each and every button make for a responsive click when you do manage to hit them squarely on the head – it’s just a matter of getting there.

The overall shape and quality of the device is superb, too. And despite the nomenclature indicating otherwise, it’s actually more of a palm-style grip. But that oddity aside it’s one of the most supportive and marathon-friendly mice going – even for broad-handed gamers.

The Ironclaw Wireless is fitted with the PMW3391 sensor ramped up to a whopping 18,000 DPI. But there’s more to life than sensor ratings, and you’re unlikely to ever crank your mouse up that far. Rather it’s the 2.4GHz Slipstream technology that wins me over when it comes to the tech. 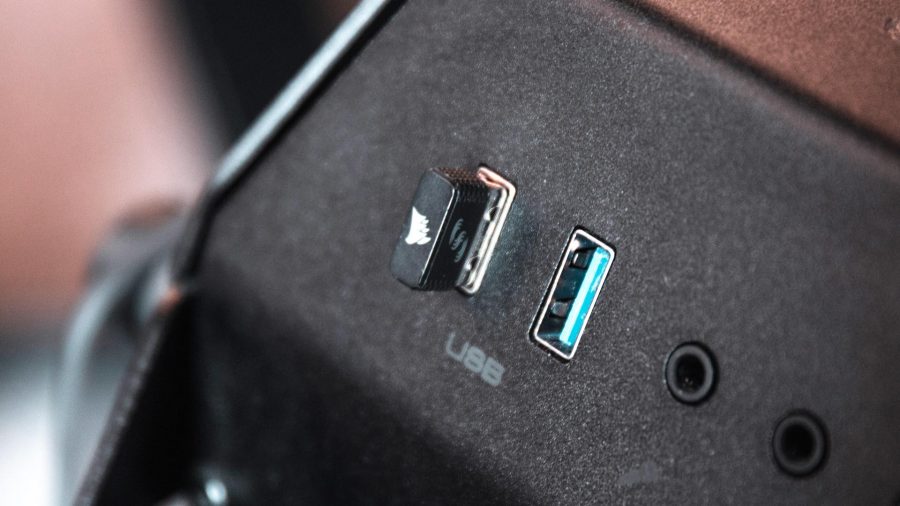 Corsair has already delivered the bargain wireless goods with the Harpoon RGB Wireless. Nevertheless, that doesn’t count for much in the $70-80 price range, and the Ironclaw has to fend for itself against some of the best at $70 (£70).

But I can gladly say the wireless holds up. It’s consistent and fast, and I noticed no lag throughout my extended period with the mouse. There’s still a slight delay from when the PC turns on to the mouse waking up, but that’s a rather small price to pay for a high-end wire-free experience. And both Bluetooth and wired connections are also available.

Corsair’s iCUE software once again takes control over the functionality, lighting control, and firmware of the mouse. The Ironclaw has three RGB zones: one on the scroll wheel, one under the palm, and one under the primary mouse buttons. The effect of which is rather minimal by today’s extravagant standard. Each zone is controlled via the iCUE software, which I’ve had a little trouble corralling to do my bidding this time around.

Usually I have little issue with Corsair’s software. Some of the settings menus are a little obscure and, let’s say, discreet. Still, it remains one of the best around. Yet with the Ironclaw I noticed some of my macros were reverting to their former functions… while also retaining my personalised presets. That meant I often found myself cranking up the volume and skipping forward on Chrome all at once. 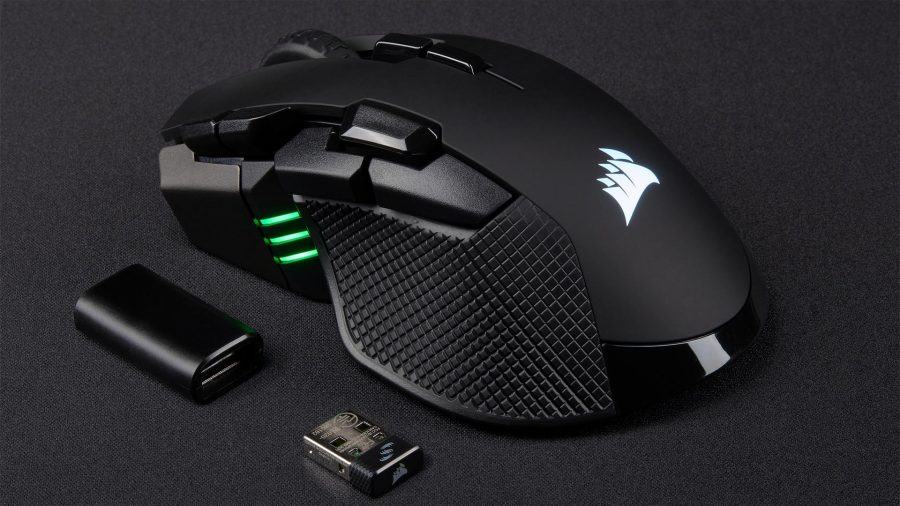 The RGB implementation also seems too much for a wireless mouse while adding relatively little to the aesthetic. I appreciate flashing lights as much as the next person, but three RGB zones on a wireless mouse – and none particularly stunning – may be overkill. And battery life suffers as a result.

Read more: These are the best gaming mice going

While I remain impressed with Corsair’s wireless Slipstream technology, I’m not convinced the Ironclaw Wireless RGB is the best vessel to demonstrate it. The button configuration needs work, the RGB implementation seems superfluous, and all that tech within makes for one seriously heavy mouse. The price is competitive, however, offering a modicum of premium functionality to the wireless mid-range market, yet it feels like there’s more to do to make this particular wireless kit shine.

The gradual shift towards ubiquitous wireless is appreciated. Yet the button layout, weight, and minimal battery life of the Ironclaw make for an underwhelming overall experience.