Exactly 37 esports coaches are facing sanctions for allegedly using a spectator bug in CS:GO to gain a bird’s-eye view of a map during competitive play, giving them and their team an unfair advantage. The esports watchdog association that issued the sanctions posted findings from an on-going investigation spelling out who has been implicated, and how long they’ll be banned.

In an additional document provided with the report, The Esports Integrity Commission (ESIC) explains how it determined the length. The ESIC assigned each offending party demerit points based on what the watchdog found during its investigation. After the ESIC dished out those points, sanction tiers were then developed to “ensure a proportionate and reasonable level of penalty could be applied consistently across various offenders”. The highest tier of the ban period is 36 months, whereas the lowest tier is five.

Some of the coaches caught up in this, as mentioned in another document, include former Faze Clan coach Robert Dahlström, Furia’s Nicholas Nogueira, and Ninjas in Pyjama’s Faruk Pita. The longest ban currently is 36 months, which has been handed down to former Hard Legion CS:GO head coach Alexander Bogatyrev. The former Hard Legion coach was one of the three coaches to be banned by the ESL in late August, and Hard Legion parted ways with him shortly after that. Some of the smaller bans come in at just under four months. If you’d like to see the full list, you can check out The Loadout’s report.

The scope of the investigation spans back five years with one of the earliest matches on file happening during FACEIT League’s Stage 3 EU Closed Qualifier on September 3, 2015. Some of the more recent games studied happened as recently as August of this year.

As a result of their bans, coaches can’t communicate or be around their teams “starting 15 minutes prior to the official match start up until the end of the match”. They also can’t be on the game server, part of the Discord server, or part of the official map veto process during a match. 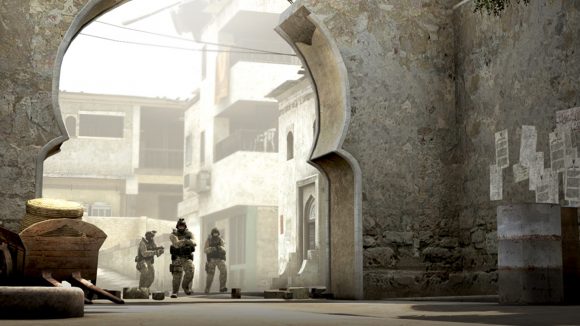 Those mentioned in the report are eligible to appeal, and the ESIC will issue another report in October that will “conclude the investigation into spectator bug abuse”. That, of course, may change if additional complications arise during the investigative process.

While a long list of coaches have now been sanctioned, the ESIC says it can’t be sure if the “teams related to the offending parties were complicit in the exploitation of the spectator bug at the time that the offences took place”. As such, it won’t comment further, and “encourages the community to refrain from speculation on this element”.

To round things off, the ESIC addresses the CS:GO community, acknowledging that the results of the investigation “have been tough” for everyone. That said, all of this is “in the long term best interests of the game”.

Related: the best CS:GO tips to get you started

“We understand that these revelations have been tough for many people within the CS:GO community, but we believe it is in the long term best interests of the game and all of esports for integrity breaches to be dealt with head on,” the statement reads. “We know that most coaches, players, tournament organisers, publishers and developers, fans, sponsors, and broadcasters want CS:GO and esports to be clean and a fair competition between players and teams doing their very best to win.

“We see our job as being to ensure that that happens and that corrupt and bad actors are rehabilitated or removed.”