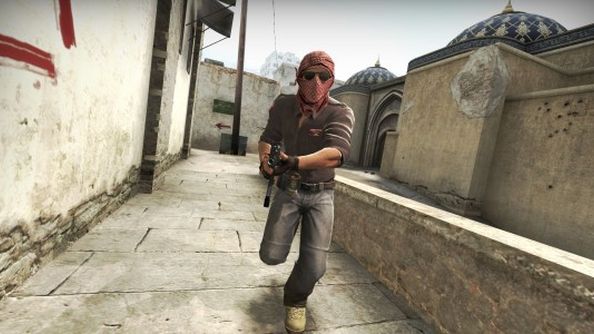 As worldwide regulations start to take aim at loot boxes, developers are making changes to their products in light of those rules. One of those developers is Valve, which has just made a significant change to Counter-Strike: Global Offensive – but only in two countries where loot boxes are under fire.

Players in the Netherlands and Belgium “will be restricted from opening containers” following this week’s patch. This will prevent players in those countries from directly engaging with loot boxes, presumably in observance of Dutch and Belgian gambling law. Trading and Marketplace features have been re-enabled in the Netherlands, as well.

So you might not be able to trade your loot properly anymore (if you’re Dutch), but Dota 2 is one of the best free Steam games.

With a new solution coming in the form of restrictions on opening crates, it seems that cutting off that “transferable” status will keep Valve from running afoul of international law. Based on the wording in the patch notes, it appears Dutch and Belgian players will still get crates – they just can’t open them.

The question remains whether this will be Valve’s final solution to that legal pressure. Players who’ve had their inventories locked as a result of the initial measure may understandably be questioning how long they’ll be able to sell and trade their items, and with potentially hundreds of dollars in skins attached to their accounts you may see an influx of new inventory on the Steam Market with those restrictions lifted.

Last month, a statement appeared in the client read that “In May, [Valve] received two letters from the Dutch Kansspelautoriteit, stating that Counter-Strike: Global Offensive and Dota 2 contain ‘loot boxes’ that violate the Dutch Betting and Gaming Act.”

Valve said that in the wake of those letters, they “hired Dutch legal counsel” and looked into the loot box study published by the Authority. However, a threat from the Gaming Authority to prosecute Valve remained in place “if we don’t implement a remedy by June 20.”

Valve said that “for now our only practical alternative is to disable trading and Steam Marketplace transfers for CS:GO and Dota 2 items for Dutch customers.” They went on to say that “we hope that after more engagement with the [Dutch Gaming Authority], they may refine their legal demands and we can find a solution that is less inconvenient.”

It seems that today’s patch is that “less inconvenient” solution.

Back in April, the Dutch Gaming Authority gave a handful of developers eight weeks to change their loot box practices, and also called for loot box regulation to be rolled out across the European Union.

You can check out our CS:GO tips if you’ve been struggling to make the climb up the game’s ranked ladders, with hints about the best weapons, how to play CT, and learning the economy.