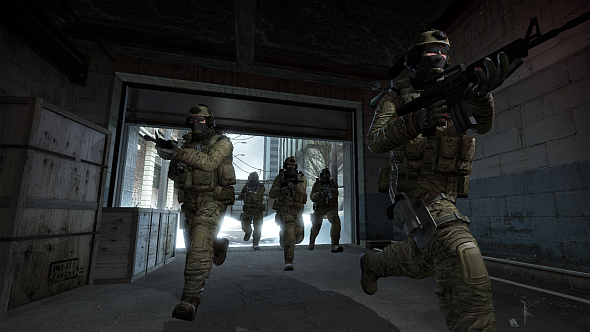 “For a limited time, the R8 Revolver and Negev are enabled in Competitive Matchmaking in order to evaluate their impact.” And also, “Negev: Price reduced to $2,000 as a starting point, to promote experimentation with the weapon.”

If you fancy waiting this one out, you could try one of the other best FPS games on PC in the meantime.

That’s Valve’s announcement on the CS:GO blog, with the price drop announced in the patch notes. TheR8 Revolver also got a price drop, down to $700, but that’s only $150 off its former price, whereas the Negev just got a whopping $3,700 discount.

Valve say this is because they expect it will be “a situational weapon that will require experimentation” to be effective, so its price is getting slashed to encourage that experimentation.

Given that the Negev is a massive machine gun, with a big magazine, fire rate, and high potential damage, we can expect this to have a pretty drastic impact on the CS:GO meta. The reaction on Reddit has run from anger (inevitably) to mockery to sheer bemusement.

“NEGEV NEW FORCE BUY GUN”, says IsaacValente, whereasbozbez’s assessmentis “that’s not what you put in a fridge”. Poor old SourMan1337 is even considering going outside “for a few days”.

The announcement says the R8 and Negev are only enabled in competitive “for a limited time… to evaluate their impact”, and it sounds like the big discount is just Valve’s way of getting everyone to try the Negev so they can collect data. So don’t expect it to last, but competitive will be hugely different for as long as it does, with some Redditors referencing the disruptive patch that first added the R8 Revolver to casual play.

CS:GO does have a test server – like Overwatch’s PTR – but no-one really uses it. Hence Valve feel they have to do things like this whenever they want to get feedback on a potential change to the weapon meta.