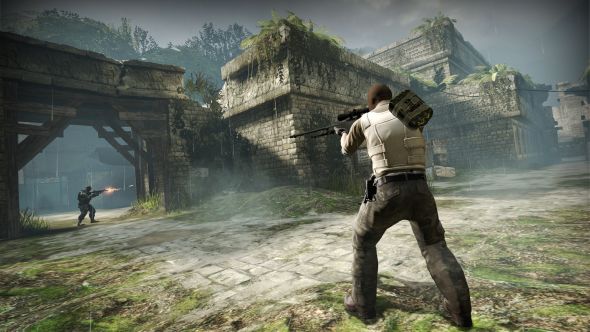 Counter-Strike: Global Offensive may be about to get its eighth operation event, and we may even know the maps upon which it will take place.

You’ll find CS:GO among a few Valve games on our list of the best shooters on PC.

The news comes via KordGamer on Reddit, who used a Flash decompiler to pick out an image from the game’s files. It’s reminiscent of those used in CS:GO to illustrate the maps in each playlist, but doesn’t match any, and is titled “mapgroup-op08”. This suggests that an eighth operation is happening, and probably soon, if the preview image is in the game files.

Though we can’t see much of each map from the eight thin fragments, the top-rated response in the thread identifies seven of them as de_thrill, cs_agency, de_shipped, de_lite, de_blackgold, de_austria, and cs_insertion. A Steam community thread tracking clues to the eighth Operation suggests that cs_concert might also be among the new maps.

Beginning with Operation Payback in April 2013, operations are events which feature some of the most popular community-created content found on CS:GO’s Steam Workshop. Participation is paid, with some proceeds going to community creators. Operations have grown in scale, adding new skins and even campaigns. With the most recent op, Wildfire, wrapping up in July last year, we’re overdue for another.