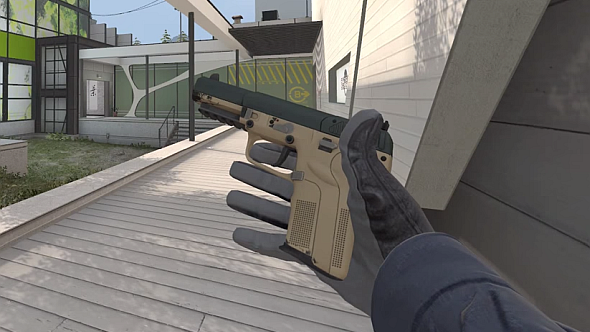 In the second of what looks like many pistol changes in Counter-Strike: Global Offensive, the Five-Seven is getting tweaked “to reward tactical positioning and defensive play.”

What’s new in CS:GO? Get the lowdown on the latest patch with our CS:GO update tracker.

The changes will see slightly improved accuracy when firing several shots rapidly, but substantially reduced accuracy while moving. It’s all about punishing a run-and-gun playstyle, in other words, which is in keeping with CS:GO’s distinct status as a slow and tense game.

The changes are very unlike those made to the Tec-9, which punish trigger spam but aim to preserve its mobility. It’ll be interesting to see how Valve carve out more distinct roles for each pistol in future updates – could this preface an effort to make more rifles and SMGs viable?

The update is now in the CS:GO beta depot. Elsewhere, it makes some changes to Perfect World – the special Chinese version of CS:GO – and squashes the following miscellaneous bugs:

As with most in-progress patches, not all the changes are certain to go live, but most probably will. Here are the full notes on the Counter-Strike blog.