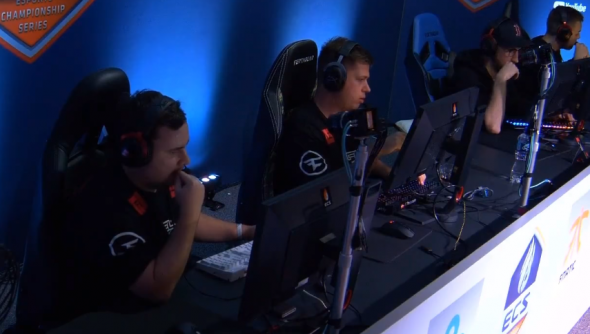 Olof ‘Olofmeister’ Kajbjer will not return to competitive Counter-Strike: Global Offensive until next season, following an extended break to deal with personal issues. The Swede, who was meant to return to FaZe’s line-up for the ECS Season Five finals in London this weekend, issued an apology last week for leaving his team in the lurch only a few days before the tournament.

FaZe were able to secure Jorgen ‘cromen’Robertsen from Team Heroic as a stand-in for the tournament, which started earlier today, but the team’s in-game leader Finn ‘karrigan’ Andersen told PCGamesN yesterday how he thinks their chances stand.

Want to get to grips with a new shooter? Check out our best FPS games.

“Everyone knows it is quite hard to fill Olof’s shoes, as he has quite a unique position in our team and he balances out everything – like the mood and the playstyle. He is very good at that, so finding a replacement was very hard, especially with all the players being locked in. Cromen impressed some of us with Team Heroic in Dallas and that’s why we thought we’d give him a chance.”

Given how quickly FaZe has had to find a replacement, the team have hardly had any time to practice with Cromen. Karrigan isn’t worried, however: FaZe have an easy group on paper, and if they escape the double elimination bracket, they should have a good shot at reaching the final. But having a stand-in can still cause complications.

“We never go into a tournament and not expect to have a chance of winning,” karrigan says. “There’s no denying that Astralis are the big favourites here, and everyone is looking to take that away, including us. Everyone is scared of them, but we are one of the only teams who has won more maps than anyone else on LAN. Astralis have a hard time playing us and maybe they are a little happy that Olof isn’t here.”

We’ll see how Cromen fits in with FaZe when they face Luminosity in the first game of Group B from 18.15 BST (10.15 Pacific).