When Kazakh CS:GO side Tengri agreed to loan Abay ‘Hobbit’ Khasenov to Gambit earlier this year, he was excited about what he would learn with the team. Less than two months later, he was crowned MVP at one of the season’s biggest tournaments, DreamHack Winter.

For more great FPS games to play on PC, check these out.

“This is my first big tournament and I’m MVP right now so I’m really shocked,” Hobbit said, stepping off the stage after beating Australian side Renegades 2-0. “My first tournament, MVP and we won DreamHack, I have no words.”

Hobbit’s meteoric rise into the spotlight has come on the wings of his two friends at Gambit, Dauren ‘Adren’ Kystaubayev and Rustem ‘mou’ Tlepov, who took a chance on their young Kazakh countryman having played with him in the past. 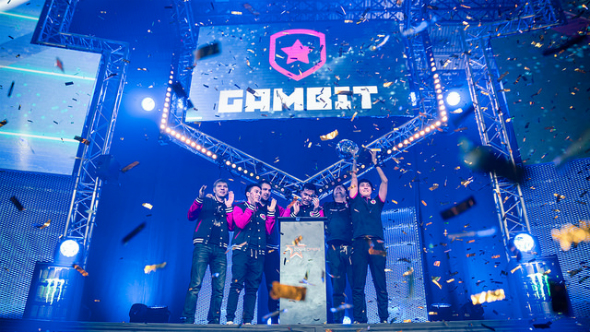 “Adren and mou, they are my friends so they told me to join them and we’ll go pretty far together, so I said sure, let’s go!” Hobbit says of his route into the team after spending the last three months on Minor CIS side Tengri. “I’m happy right now because every player on the team is very professional and very smart. All of them are very skilled, too, right now I’m the most unskilled played in my team – Gambit, I mean – so I am learning from them a lot. Especially Zeus, he’s helping me.”

Though Hobbit is only sure of his place with Gambit for another four months, he’s making the most of his time there to achieve his dream. “I was very happy,” he says. “It was actually my dream to play in big tournaments, to play with Gambit and Adren and mou, because we would play together before, maybe two or three years ago and that was nice so I wanted to get that feeling back.”

However, as a loan, the potential for his place to become permanent on the team isn’t as rock solid as his aim, so he’s taking every chance as a learning experience. It is serendipitous that he joined in the same month as Daniil ‘Zeus’ Teslenko, one of the greats of Counter-Strike. The Ukrainian had been let go from Na’Vi’s lineup in favour of young phenom Oleksandr ‘s1mple’ Kostyliev after almost seven years with the organisation. His experience has been invaluable for Hobbit. 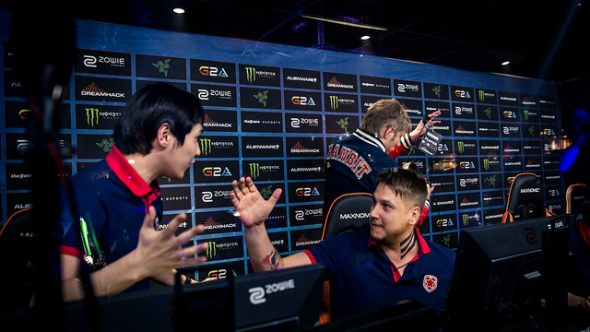 “Yes, actually, he is very good to me,” he says when asked about Zeus. “He has a lot of experience and I feel it playing with him. He’s really smart, and strong, I’m enjoying playing with him. If I’m doing something wrong, he’ll tell me to do this or that. And I understand because he has a lot of big tournaments behind him so I know he’s worth listening to.”

Whether the team will keep Hobbit aboard is still undecided, but Hobbit’s performance when it mattered, in the spotlight, is hopefully enough to turn heads on other major teams outside of the Shire.

{"schema":{"page":{"content":{"headline":"Hobbit on being MVP of his first major tournament and learning from Gambit","type":"news","category":"counter-strike-global-offensive"},"user":{"loginstatus":false},"game":{"publisher":"Valve","genre":"FPS","title":"Counter-Strike: Global Offensive","genres":["FPS","esports"]}}}}