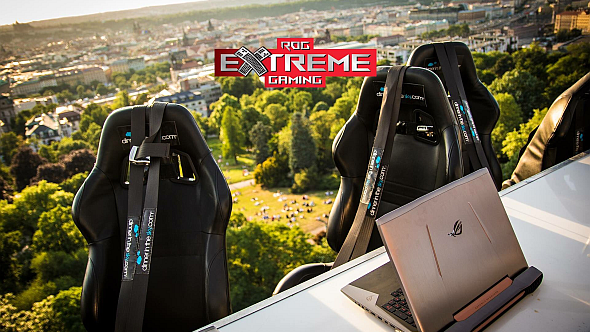 An adrenaline rush must be the first and most natural of natural highs. It’s a thrill surely experienced by primeval humans teaming up to bring down sabre tooth cats, and now sought by many of their modern descendents in various ways. For some, a jump from a great height, ideally assisted by a bungee cord or parachute. For others, the nail-biting closing moments of a round of Counter-Strike. Combining the two, however – that’s something new.

Keep up to speed on the state of CS:GO with our update tracker.

The Republic of Gamers Extreme Gaming event, held in Prague over the weekend, saw an exhibition match of CS:GO between German visitors Penta and local Czechs eXtatus, with the key twist that it took place ten metres in the air, on a stage suspended by a crane.

Reddit user LopoGames has a helpful translation of the panicked conversation between the two casters, who had to take to the skies alongside the teams.

More photos are available on the Penta and eXtatus Twitter accounts. In the end, the stunning views of their hometown clearly inspired the locals, as eXtatus took the win. 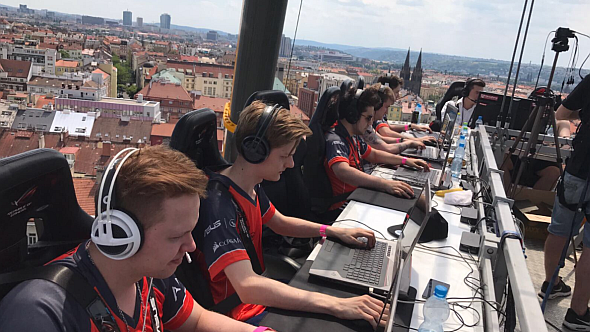 Head here to watch the whole thing on Twitch.