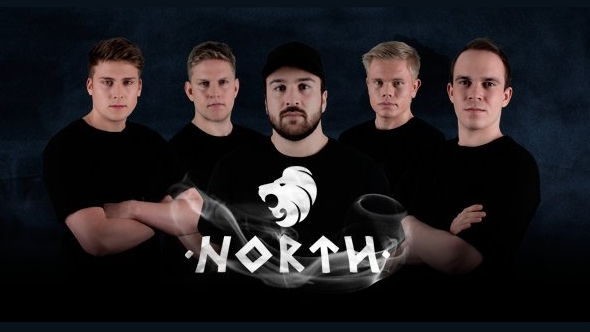 Update January 5th, 2017: FC Copenhagen’s new CS:GO team have been unveiled, and stakeholders have discussed their ambitions for the future.

The former Dignitas CS:GO team who recently signed with FC Copenhagen, a leading Danish football club, have been unveiled in their new colours. At a press conference on Tuesday, it was announced that the team will be called North. Representatives of North, FC Copenhagen and the Danish media also fielded questions about their ambitions in the world of eSports, and they are not small.

Brush up on your team shooting with our list of the best FPS games.

North were revealed in an atmospheric video, posing in their new team livery. It was quite the statement, but it’s nothing compared to the verbal statements made during the Q&A session.

In 2018, FC Copenhagen wants to bring “one of the biggest Counter-Strike tournaments to our stadium, Telia Parken,” says Anders Hørsholt, the club’s CEO. “The ambition is to fill the arena with our max capacity, which is 40 to 50,000 live spectators.” In the nearer term, Hørsholt says the goal for 2017 “is to be top three in the world for Counter-Strike and add new teams to our brand.” It was reiterated that, as we reported below, North want to add teams in Dota 2 and FIFA.

“The ambition is not to build a strong Danish league,” says Hørsholt. “Our focus is the international, global market… eSport is sport. The players work in an environment focused on performing at a top level and matching against the best. That is why I think it is a sport, and that is why we are entering now.”

Besides FC Copenhagen, representatives of the Danish media companies Egmont and Nordisk Film (the latter is owned by the former) were also in attendance. They will support North’s push into global competition with coverage, events and other media content (perhaps an eSports angle in those excellent crime dramas).

FC Copenhagen’s enthusiasm for eSports is clear, and has inspired a number of major organisations to become stakeholders in the project. The international eSports scene now has another serious contender.

Many thanks to Gamurs.

Two days ago, the eSports world was stunned to learn that Team Dignitas will replace its in-form Danish CS:GO roster with America-based players, having been recently acquired by the Philadelphia 76ers, a US basketball team. We now know what will become of the Danes; they will sign with compatriot football club FC Copenhagen, who are making their first foray into eSports.

The deal has not been officially announced, but was confirmed to Dot Esports by “sources close to the situation”. It also tallies with a more general announcement by FC Copenhagen(FCK)that the club is preparing to invest tens of millions of Krone in Danish eSports annually, and to field teams in “Fifa, Counter-Strike and Dota 2”.

FCK’s domestic rivals OB Odense signed a Fifa player this summer, so while FCK aren’t the first Danish club to get involved in eSports, the scale of this investment would make them easily the most committed. After last week’s LoL deal between Riot Games and Major League Baseball, this is yet another welcome vote of confidence in eSports by a traditional sports organisation.

The ex-Dignitas CS:GO team retain the right to participate in January’s ELEAGUE Major, and have announced that they will participate in the upcoming World eSports Games. Dignitas and the Sixers will have a hell of a job replacing them.

Original story December 20th, 2016:In 2017, Team Dignitas will not be using their Danish CS:GO team, as they’ve been dropped in favour of a team based in North America. Whether this decision was made because the team was not willing to relocate is unclear, but it’s come as a surprise to the eSports world, as the team is currently considered among the best.

Team Dignitas say the split was a mutual decision. “Team Dignitas and the Philadelphia 76ers are committed to building our next elite, international Counter Strike: Global Offensive team based in North America with the goal of dominating the global competitive gaming landscape.

“Team Dignitas aspires to lead the eSports industry in player recruitment and development; we are confident our fans will continue to be excited by our future player and personnel announcements.”

The CS:GO team – Rene ‘cajunb’ Borg, Kristian ‘k0nfig’ Wienecke, Mathias ‘MSL’ Lauridsen, Ruben ‘rubino’ Villarroel, Emil ‘Magisk’ Reif and Casper ‘Ruggah’ Due – will no doubt be picked up by another label, but the decision to drop them seems absurd.

The former roster saw success this year, most recently placing first at EPICENTER 2016, taking home a total of $250,000. They were also in contention to win at the upcoming major in January held by ELEAGUE.

Now Team Dignitas need to replace that talent with another team and have them battle ready within a month if they want a shot at the major.