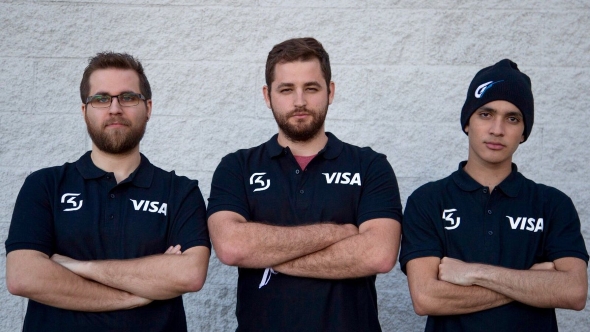 Visa, one of the world’s best-known brands, were unveiled yesterday as the newest sponsor of leading eSports organisation SK Gaming.

SK Gaming are most notable for their prowess in Counter-Strike: Global Offensive, one of the best multiplayer games on PC.

The announcement caps an exciting week for eSports news, in which we also learned that real eSports pros will appear on network TV as guest stars on CBS’s Elementary. For an eSports team to secure the sponsorship of a blue-chip company such as Visa, rather than energy drinks and game peripherals manufacturers, is yet another vote of confidence from the world beyond gaming. They seem to be coming more and more often these days.

Visa’s sponsorships and partnerships director Suzy Brown explained her company’s interest in eSports. “Pro gaming has added a new dimension to sport, increasing access to people the world over and creating a surge in its popularity,” she says.

“We see huge potential and this deal sees Visa ideally placed to be part of the fast paced growth, and by putting ourselves at the heart of the action we can build affinity with millions of millennial gaming enthusiasts… We’re looking forward to a successful season supporting the next-gen athletes at SK Gaming to do what they do best – win.”

Alexander Müller, managing director of SK Gaming, was no less enthusiastic. “This partnership is truly a historic step for SK Gaming,” he says. “The fact that Visa picked us as their partner to enter eSports makes everybody at SK Gaming proud.

SK Gaming are one of the world’s largest and best-known eSports organisations, most notable for their many successes in Counter-Strike. Their partnership with Visa kicks off at CES Las Vegas this weekend, where their CS:GO players Gabriel ‘FalleN’ Toledo, Epitacio ‘TACO’ de Melo, and racing gamer Danny ‘Husky’ Engels will attend various events.

You can read all about the announcement on Visa’s website, or indeed on SK Gaming.