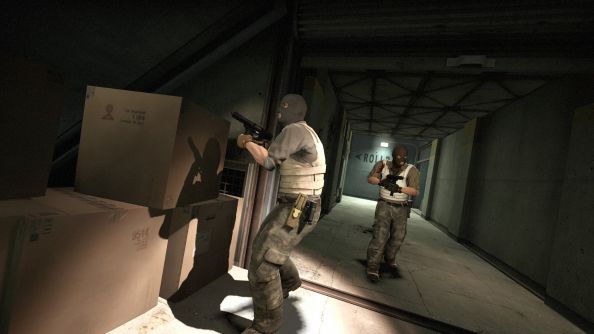 Counter-Strike Redditors digging through Steam data ahead of Global Offensive’s next update have uncovered references to crates, keys and over 50 weapon skins – just a day after Valve promised a “new way for the community to help build up prize pools at competitive CS:GO events”.

The found schema contain images of a Valve crate and an eSports crate, as well as the keys likely used to open them. Players familiar with either Team Fortress 2 or Dota 2 will know that crate drops form their backbone of their free-to-play systems – though at this point it’s important to stress that we do not know whether Valve have similar plans for a complete free-to-play business model for CS:GO, which has been on sale for less than a year.

The contents of the crates appear to be cosmetic weapon skins, with listings like these:

Items will each be assigned a specific rarity, it seems – somewhere between Common, Uncommon, Rare, Mythical, Legendary, Ancient, Immortal and Unusual.

And then there’s this:

This week’s update also include a new way for the community to help build up prize pools at competitive CS:GO events. More info coming soon!

The hint comes in the wake of Valve’s unfathomably successful Dota 2 International compendium – a portion of the funds from which pushed the tournament’s prize pool from $1.6 million to over $2.8 million.

Crate keys of various kinds are already available for purchase in both the Team Fortress 2 and Dota 2 stores. It doesn’t feel too far a leap to suggest that Valve intend to use profits from a CS:GO eSports crate key to boost another prize pool – one in the name of their oldest eSport: Counter-Strike.

Indeed, that’s the conclusion the chaps at the Global Offensive Reddit have already come to.

Are you happy for CS:GO to take on some of the attributes that gave TF2 its second wind? Or is it too much, too young?