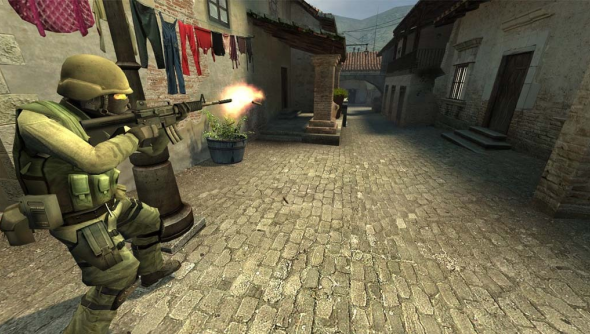 You may remember that Valve released Half-Life for Linux and the Mac a few weeks back, including the classic version of Counter-Strike with it. Well, now Counter-Strike: Source is now available for both operating systems too and I’m sure we’ll soon be seeing games like Half-Life 2 and Day of Defeat: Source (both already available for the Mac) also making the leap to Linux.

Speaking at the Ubuntu Summit in Copenhagen last year, Valve engineer Drew Bliss said that Valve were interested in developing for Linux and were “now looking into doing Steam for Linux and supporting as many of our Steam games for Linux as we can.” Valve had just launched beta applications for a Linux version of Steam.

It’s hardly a surprise, as Valve’s MD, Gabe Newell, has been outspoken in both his support for Linux, which he called gaming’s “get out of jail free card” during his DICE 2013 keynote speech, as well as his dislike of Windows 8.

He’s hardly alone in his opinions, either. Both Notch and John Carmack have publicly spoken out against the latest version of Microsoft’s operating system, and Tim doesn’t much like it either.