Valve are ace, but I bet they make really pushy parents to the JC Denton they’ve inevitably petri-dished up as part of a VR experiment in their Bellevue basement. “Now you are three, join a cabal”. That sort of thing.

So it is that on CS:GO’s first birthday, they’ve celebrated not with a Thunderbirds cake and a Cars medley but a comprehensive game update – a bit like the ones they roll out every other week of the year.

Nobody’s getting any tougher in CS:GO but the chickens; flush with newfound boldness, they’ll no longer run scared in the face of silenced weapons.

On the upside, celebratory fireworks are now significantly more affordable: the SSG08, Incendiary Grenade and Molotov have all had their prices cut. 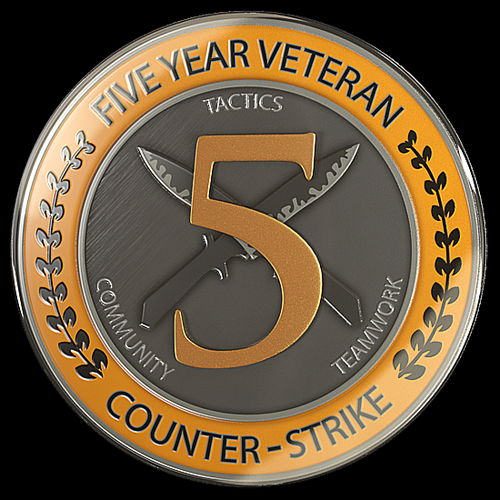 “We’d also like to recognize the people who’ve helped us blow out the candles on past birthday cakes by rewarding Counter-Strike’s five-year veterans,” write Valve. “If you activated any version of Counter-Strike on Steam before August 21st, 2008 and have an account in good standing, you are now the owner of the highly rare, non-tradeable Five-Year Veteran Coin, which you can equip from your inventory and show off wherever your avatar is shown.”

If you’re a four-and-a-half-year vet or such, you’ll be pleased to hear that anybody with a copy of any CS purchased after August 21 2008 will get their coin at the appropriate juncture. Is that you?