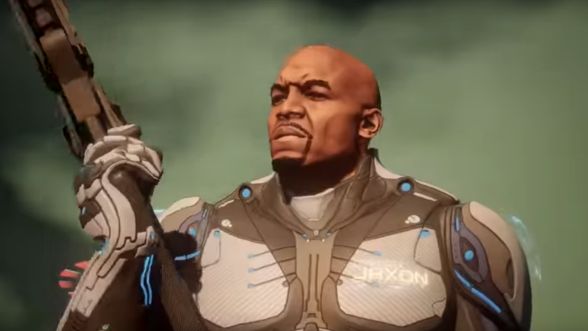 After more delays than I care to list here, Crackdown 3 is finally just around the corner. On February 15, we will, at last, be able to get our hands on the destructive title, and while its multiplayer modes don’t sound like they’re all that, the single-player campaign does at least have something going for it – Terry Crews.

In a recent interview with Australian website Pedestrian.tv (via PCGamer), the former NFL and current Brooklyn Nine-Nine star discussed the upcoming title’s story mode. In Crackdown 3, Crews plays main character Commander Isaiah Jaxon, but if you’re not concerned about backstory, then you don’t need to worry.

According to Crews, the story mode is “kinda standalone,” and “you don’t really have to have played the first two Crackdowns in order to be a part of this one.” In fact, it sounds like the game is all about spectacle – Crews refers to it as “the biggest, most giant, most crazy version, which is a lot like me. I tell people it’s the Terry Crews simulator.”

Now I don’t know about you, but my greatest frame of reference when it comes to Terry Crews is his Brooklyn Nine-Nine character Terry Jeffords. Jeffords is completely stacked, of course, but he’s also a doting husband and father with a penchant for yoghurt and an adorable tendency to refer to himself in the third person. Whether those specific traits will ring out in Crackdown 3 isn’t readily apparent, but I certainly hope they do.

Cracked it: Here are the Crackdown 3 system requirements