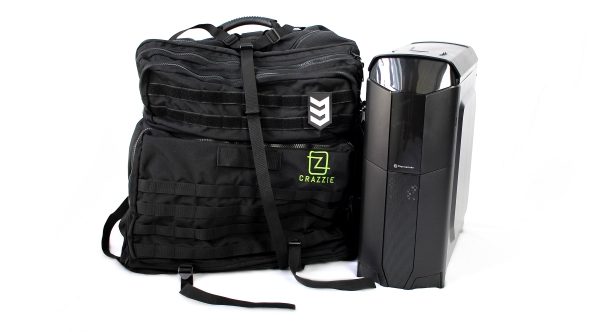 Kickstarter has a lot to answer for. Because of the crowd-funding site every fool thinks they’ve got the next million dollar idea. The backpack for your desktop PC tower is the latest entrepreneurial crotch-dropping demanding gamers’ money.

Yeah, a backpack. For your desktop PC. For all those times where you’ve thought ‘I really need to transport my expensive rig in a way that offers it the least amount of protection, while also offering me the very real prospect of a hernia.’ Granted you can also spend an extra $50 on the Crazzie Accessory Pack, with your Crazzie PC Tower Backpack, where you get a trolley too.

Want to take your PC out and about? Either get a laptop or build yourself the best mini PC for gaming.

So far Crazzie is £3,031 towards its £59,534 target, with 22 backers. But there is still 23 days left if you want to throw away some money on a canvas bodybag to carry around the broken remains of your once-powerful gaming PC. Like me, your PC will be dead inside.

The Crazzie PC Tower Backpack is apparently the world’s first, which isn’t that much of a surprise, if I’m honest. It’s like proclaiming the world’s first CPU cooler made entirely out of the finest Belgian chocolate.

Yes, no-one else has done it… because it’s a terrible idea.

If you want to transport your gaming PC between locales, such as to a LAN party, then there are better ways to do it. Hell, encasing the damned thing in bubble wrap and wheeling it around in a stolen shopping trolley would be a safer, more economical, less likely to irrevocably twist your spine, kind of way.

And if you’re the sort to frequent LAN parties so regularly that you need to spend $200 on a backpack then you really need to have a good long look at the sort of PC you’re intent on building. There are a host of small form factor PC components available now that you can build hugely powerful machines into tiny footprints. The sort of footprints that would allow them to fit in a frickin’ laptop bag.

Or buy a chassis that comes with a carry handle, such as Corsair’s Graphite 380T. 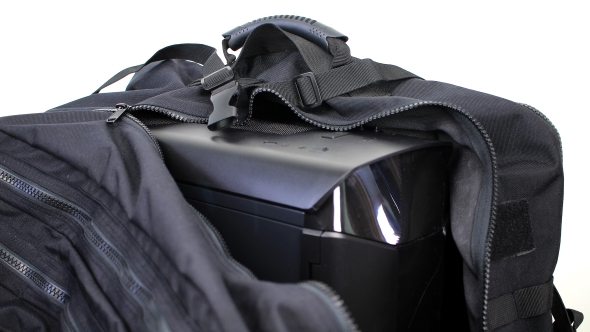 There’s also the fact that, even if you did somehow think this would be a good way to treat your expensive gaming PC, the Crazzie backpack is only big enough to cater to a very specific size of gaming rig. Certainly neither of my home or office desktops would fit in the World’s First PC Tower Backpack.

{"schema":{"page":{"content":{"headline":"The world’s first PC tower backpack is about as worthwhile as a Belgian chocolate CPU cooler","type":"news"},"user":{"loginstatus":false}}}}