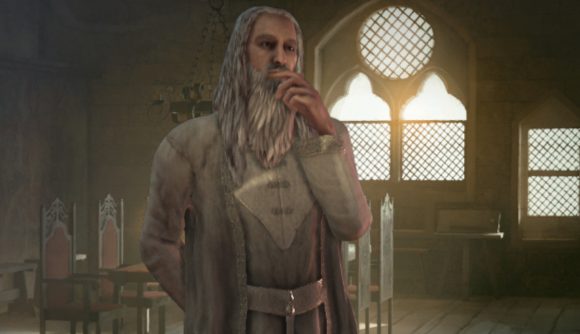 Actual medieval history is great and all, but let’s be honest – a whole load of nerds, myself included, are more knowledgeable about Middle-earth and Westeros than historical Europe. Luckily, the Crusader Kings 3 total conversion mods are starting to arrive, including The Lord of Rings: Realms of Exile, which eventually aims to make all of Middle-earth playable.

The first release of Realms of Exile focuses on three factions and playable leaders. Those include King Theoden of Rohan and Saruman of Isengard, but the factions also include Wulfgar Brynjarsson of Dunland, originally created in the Age of the Ring mod for Battle for Middle-earth. (Mod universes are apparently colliding!)

This first release starts in the year 3000 of the Third Age, which is shortly before Bilbo’s birthday party in the early part of Lord of the Rings. The focus is on the Riders of Rohan as they’re beset by both bandits and the forces of Saruman – but, of course, this is Crusader Kings, so you can take any faction in any direction. I assume that includes seducing Saruman and building a horse-orc empire that prevents the War of the Ring from ever happening.

The mod is available on both Paradox Plaza and the Steam Workshop.

#CK3Mod Monday#CK3 LotR: Realms in Exile has been released! It showcases The Riders of Rohan as they are beset on three fronts by the wizard Saruman, Dunlendings and Leofring bandits.
► ParadoxPlaza: https://t.co/DAnfv0ssvk
► Steam Workshop: https://t.co/git3fhyf4F pic.twitter.com/p1qVOrrDBq

For more of the best CK3 mods, you can follow that link.