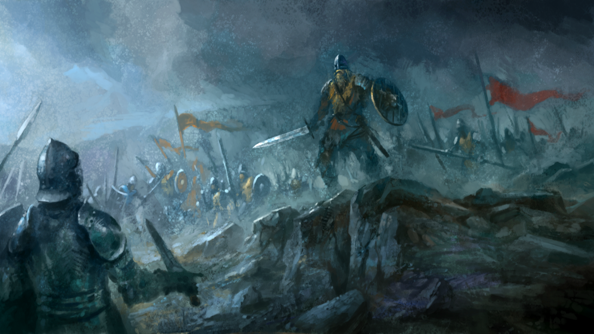 Paradox are looking at bringing Crusader Kings II to a close. In an interview with game director Henrik Fåhraeus, he told us that the team are now looking to draw the game to an eventual close.

Crusader Kings II is on our list of the best strategy games on PC.

Fåhraeus says that while the upcoming Jade Dragon expansion won’t be the last, “we’re probably going to look at ending it.” Referencing the fact that “the game is doing better than ever,” he says that “we’re looking at doing more stuff but I think it’s fair to say we’re getting there.”

The reason why the game is being drawn to a close actually stems from 2014, and the release of the Rajas of India expansion. Fåhraeus says “we did add India and that slowed down the game quite a bit. There was part of a free patch and people weren’t too happy, now we’ve got the game back up to speed again with optimisations.”

Crusader Kings II currently has 13 official expansions, with a 14th on the way and apparently more to come. The game’s DLC bundle on Steam contains 28 items, and the Crusader Kings II Collection jumps that number to 63, which obviously puts some strain on the game.

According to Fåhraeus, Paradox are already compromising on how much they can put in the game, and have scaled down the impact that the Jade Dragon expansion will have. He says that “to add one more chunk of the map would slow down the game significantly so we decided on a compromise – let’s add China without really adding China. We did that in the form of an off-map power.”

Even when the game’s final expansion has been released, though, it won’t be the end for Crusader Kings II. Fåhraeus says he wants to foster a modding scene to keep the game going: “If I can make the game more moddable, that’s great. That’s the way we design stuff these days. The whole system should be free and moddable.”