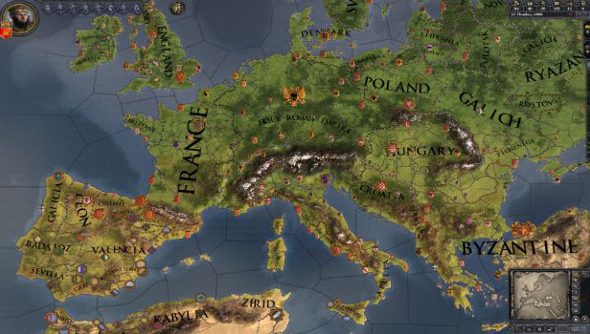 Crusader Kings II has had more expansions than Henry VIII has wives. A lot more, actually, since he only had six – the lazy bugger – while Paradox’s grand strategy and intrigue sim has given rise to eight expansions, and lots more DLC. And while the last one, the excellent Charlemagne, launched not that long ago, another is on the horizon. It’s called Way of Life, and it’s a wee bit different.

Crusader Kings II: Way of Life, instead of expanding the period the game covers or adding new government types, expands on the roleplaying features, on top of adding a bunch of new events.

“Sure, it’s nice to have someone cozy up to you and be your lover while you’re sitting atop the throne, but what if you could choose who to seduce?” Paradox asks. “Or, after getting into that relationship on the side, what if you discover that you just need some space and had a way to break it off? You know, without having your soon-to-be ex-lover assassinated. These things and much more, including hundreds of new events, are coming to Way of Life.”

Every Crusader Kings II expansion has updated the game for free, even for those players who didn’t buy the expansions. Way of Life will be the same, but you’ll be able to see its impact earlier, in an upcoming beta test.