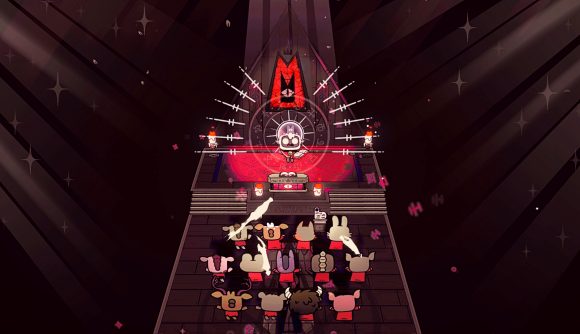 Cult of the Lamb is swift to make an impression. It’s a roguelike where you play as a cutesy lamb who becomes possessed and saved from execution by an ominous stranger. Nothing comes for free, though, so you’re now stuck building a demonic, loyal following of sweetly animated woodland critters in his name. We caught a glimpse of the trailer during Gamescom, and it’s set to come to Steam next year.

After our leading lamb is saved and some loyal followers are corralled, we catch a glimpse of some of the upcoming PC game’s quieter moments. When you’re not dipping into randomly generated dungeons to fight off hordes of enemies and defeat rival cult leaders to absorb their power, Cult of the Lamb tasks you with collecting and using resources to build new structures, performing dark rituals, and giving sermons to reinforce the faith of your flock.

You can also train said flock of followers to embark on quests to explore and discover the secrets of five regions. Here, they’ll “cleanse the non-believers, spread enlightenment, and perform mystical rituals on the journey to become the mighty lamb god”. Oh my.

You can catch the trailer right here: 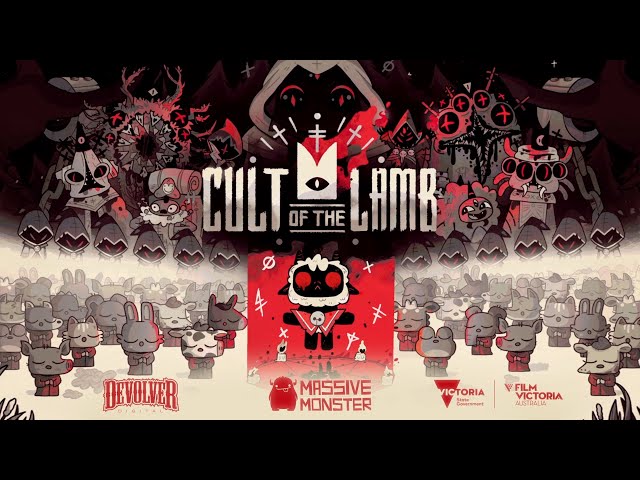 For more of the best roguelikes on PC, you know where to click.