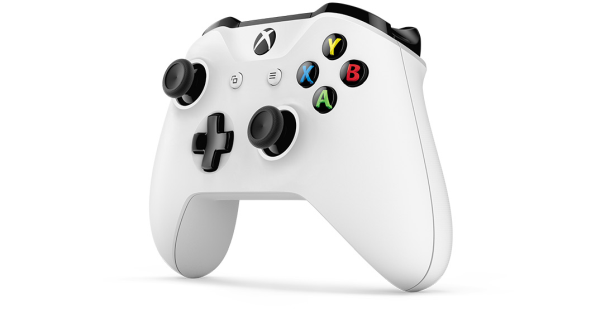 Although Microsoft are no longer the leading company in console land, Xbox controllers have remained the de facto gamepad of the PC – unbeaten for reliability and for not hurting your thumbs when you hold onto them too long. But what if you could choose still further: installing rubberised grips for a firmer handle on those corners in Forza, or colouring a thumbstick zesty orange, just because?

Perhaps now you can, as the Xbox Design Lab program begins its expansion across Europe.

Test out a gamepad with these PC racing games.

The controller customisation store launched in select countries last year – and now we can do it like they do it down in the US, Canada, and Puerto Rico too. The store is available in the UK, France, and Germany, and Microsoft are planning to roll out the service to more European countries later this summer.

They’ve also added to their catalogue of customisation possibilities – yep, Zest Orange is a real thumbstick colour – so that there are now over a billion possible combinations. It’s basically a character creation tool for controllers.

They’re priced at $79.99 / £69.99, although that can rise depending on the options you pick. And until June 19th, you can get a free engraving to ensure the uniqueness of your pad. Mine started as a clean white and is now yellowing, which I guess counts as customisation.