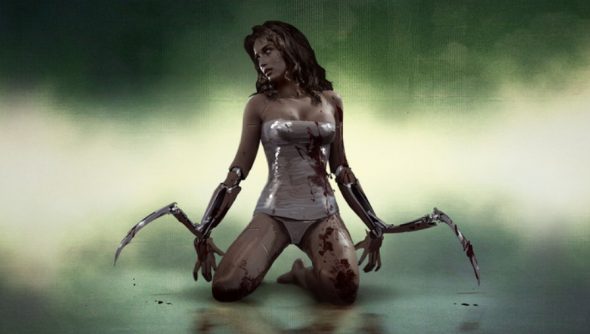 Update, June 8: Cyberpunk 2077 at E3 2018? Keep expecting it, because CD Projekt will have a presence at the show this year.

We were already pretty certain that we’d be seeing Cyberpunk 2077 at E3, after developer CD Projekt Red confirmed it will be presenting an RPG for PC and console at the expo. Barring the surprise reveal of The Witcher 4, there was really only one game could be.

If you were still cautious about expecting Cyberpunk 2077 to appear at E3, you should finally start dropping your guard. Game Awards host and professional handsome man Geoff Keighley confirms that CD Projekt Red will join his E3 Coliseum show during the convention. Now, what could that studio possibly be showing to justify such a presence on Keighley’s stage?

There’s no prizes for guessing that The Witcher 3 makes it onto our list of the best RPGs on PC, but will Cyberpunk share that accolade?

The obvious answer is Cyberpunk, and this is just the latest in a long line of hints about the game’s big debut at this year’s E3. Exactly what that reveal will consist of is still purely a matter of speculation, but the next game from CD Projekt is a big enough deal that I’d expect it to show up either at Microsoft’s presentation on Sunday, or during the Sony show Monday night.

Earlier this week, CDPR filed a trademark for Cyberpunk 2077. It tells us admittedly little, other than the name of the game, the filing date (June 4), and its logo. It does, however, act to corroborate the information gleaned from the exhibitor listing that confirmed the developer’s appearance at the show.

A new @e3 Coliseum panel has been added to our schedule: Join @CDPROJEKTRED developers for a discussion about their E3 presence. pic.twitter.com/1yp2AET0qB

Despite that trademark, we don’t yet know the Cyberpunk 2077 release date. There are a few things we do know, though. For one thing, it will definitely come to Steam. By taking a look at the original Cyberpunk tabletop game, we can also get a something of an idea about what we might discover when we actually get to play the game.

Hints suggested we’d see the game at E3 from as early as January this year. Frankly, it’s about time – it’s been five years since the first teaser.

Thankfully, there have been various rumblings over the past few months, beginning with simple tweet from the largely silent Cyberpunk twitter account. The wait is very nearly over, with potentially just a few more days before we get a proper look at Cyberpunk 2077.