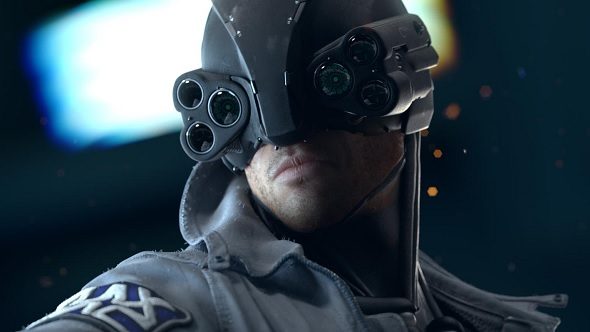 Cyberpunk 2077 is “earlier” than alpha, according to CD Projekt president Adam Kiciński. Asked by Polish media site Bankier whether the game’s E3 demo was in alpha, Kiciński says (via the vagaries of Google Translate): “No, earlier.” He adds that the E3 demo was “the most polished part of the game we have now.”

There’s a Reddit thread which has concluded from this that the game is in pre-alpha, which isn’t necessarily so – ‘earlier than alpha’ and ‘pre-alpha’ are not the same thing, though this may be a nuance that’s been lost in Google’s translation from the Polish.

If the game is indeed in pre-alpha, it isn’t necessarily discouraging – exact definitions of pre-alpha, alpha, and beta phases vary widely. Yes, early access games or those that evolve in line with player feedback can stay in public alpha and beta for ages – look at DayZ, or H1Z1 – but for old-school triple-A devs like CD Projekt Red, pre-alpha can be relatively advanced in development.

As one Redditor points out, ‘pre-alpha’ is a phase of post-production. This means the core chunks of the game that would be built in main production – the story, the setting, pretty much all the key systems and features – are likely finished, and CDPR are working on ancillary features, side quests, and lots of lots of testing and polishing.

This is all somewhat speculative, and even if it’s accurate Cyberpunk will probably be so big that this phase will take a while. But still, Kiciński tellsBankierthat 350 people are working on Cyberpunk full time, and CDPR havestarted hiring multiplayer devsdespite confirming that the game will not have multiplayer at launch, indicating they’re already looking at post-launch support.

Honestly, there’s a way to view this news that’s pretty encouraging, and it all adds to my argument for whyCyberpunk 2077 will release in 2019– check it out if you fancy having your hopes shamelessly raised. For a little cold water, here’s Matt’s take on the E3 demo:

Despite Matt’s scepticism I’m still betting on holiday 2019, ormaybespring 2020 – which would admittedly be pretty thematic, since the original edition of the tabletop game was Cyberpunk 2020.

For less speculative information on the likeliest Cyberpunk 2077 release date, here’s everything we know for sure on the subject, along with all the latest news of its setting, possible multiplayer, and more.