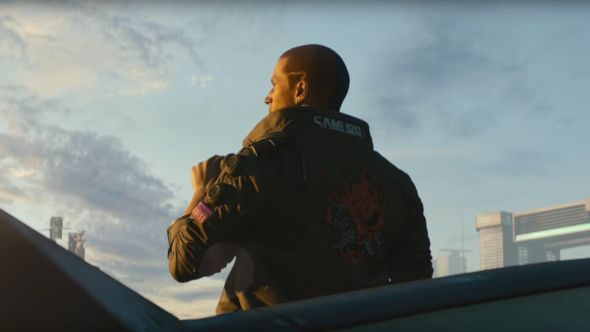 The first trailer for Cyberpunk 2077 just showed up at the end of Microsoft’s 2018 show. The trailer offered a look at the world of Night City, a dystopic metropolis with a huge divide between the rich and the poor, with futuristic tech (and some impressive looking videogames) shown alongside organised crime and what look a lot like urban slums.

We do know that it will be taking place in a future dystopia. The narrator of the trailer says he lives in Night City, “the worst city in America,” but “everybody still wants to live here,” despite the sky-high rate of violence and “more people living below the poverty line than anywhere else.”

There’s plenty new coming out of E3, so check out our list of upcoming PC games.

There’s also a suggestion of some sort of hacking element – not only was the game introduced through something akin to a Watch Dogs-style hacking display, but the trailer featured people with wires in their heads, suggest that hacking could make up a central feature. There’s also a lot of people with their head catching fire, which suggests that those wires are far from perfectly optimised.

Sadly, we still don’t have a Cyberpunk 2077 release date. However, you can check out some new Cyberpunk 2077 screenshotsif you didn’t get your fill from the new trailer. A lot of them are just stills, but I’m sure you lot and your beady little eyes can glean some new info from them.