CD Projekt Red announced their Cyberpunk game early: so early, in fact, that back then the year 2020 could still pass for the future. That first memorable trailer – a mood piece about a street massacre that has since been watched 12 million times – was an expensive recruitment drive. It was a call for talented developers to help build Cyberpunk 2077 rather than a signal it had already been made.

The studio told us the game would be based on the tabletop setting most widely known as Cyberpunk 2020, but have remained schtum since. This approach has left us in the unusual position of knowing virtually nothing about the direction of the biggest RPG on the horizon. However we do have access to decades-worth of information about its universe, due to the tabletop RPG being available and expanding since 1988. Here’s the wildest stuff we have uncovered.

Cyberpunk 2077 seems destined to find a place on our list of the best RPGs.

Our picks of Cyberpunk’s most interesting and surprising quirks come from across the spectrum of RPG mechanics: character classes you’d never see in any Tolkien-style fantasy,  biomechanical upgrades that you wish Mass Effect had, and character lore that signals the weird depths of this neon-lit, grisly future.

Rock stars are a character class

The Cyberpunk setting has existed for 30 years, and so, like Blade Runner, occasionally needs punting further into the far-future – granting its authors enough space to spin their yarns. The fact that CD Projekt Red have picked the centenary of the Sex Pistols and God Save the Queen, however, can be no coincidence.

Yes, for once the emphasis is not solely on the ‘Cyber’ part of cyberpunk. The tabletop game carries the anarchic musical spirit of ‘77, and that is reflected in its character classes, or roles. Among the nine roles in Cyberpunk’s core rulebook are the Rockerboys, rebel musicians who fight authority with three chords and the truth. They are needed more than ever in the age of the megacorp – the Pistols may have thumbed their noses at EMI, but they never faced the likes of Biotechnica or Raven Microcybernetics.

The special ability of the Rockerboy is Charismatic Leadership, but like some of their forebears, they excel at Brawling, too. One of the setting’s most famous characters is Johnny Silverhand, a singer and guitarist with a silver-chrome cyberlimb arm. The fiction even names his most beloved songs. ‘Never Fade Away’, anyone?

Autotune is an implant 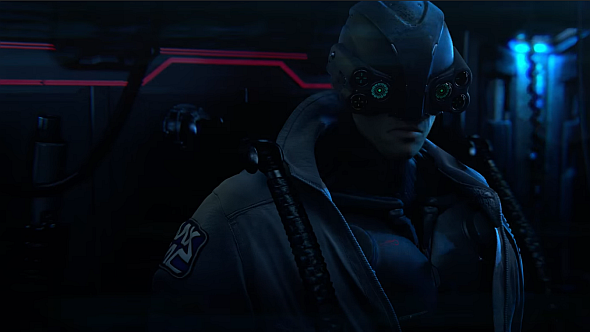 The subdermal armour and skull sonar might strike you as more immediately useful, but it is the stranger body implants available in the Cyberpunk universe that distinguish it from the likes of Deus Ex.

Among those is the AudiVox system, which allows you to control your own vocal tone as if you had swallowed a copy of GarageBand. Loudspeaker volumes are included for the attention-seeking, while vocal delay programming introduces the alluring possibility of singing with yourself. Special effects include reverb, tremolo, sustain, and choral voices – aka everything you need to perform Take That’s Never Forget in the street. Whether or not you draw the attention of a Psycho Squad is your own lookout.

Death is always a step away Night City, the northern Californian metropolis where Cyberpunk 2077’s action takes place, is a place where life can be digitally replicated or extended far beyond its natural limit. But the human body is still vulnerable, and the tabletop game’s rules have long emphasised a realistic approach to death. No matter how important you might be – or think you might be – one bullet in the wrong place can kill you.

It is anybody’s guess how this lethality might be implemented in CD Projekt Red’s game – but it is easy to imagine a combat system that leans into the Dark Souls dodging of The Witcher 3, or encourages forward planning in the same way Geralt’s capacity for alchemy did.

Dancing is a tool of social manipulation When Kanye West warned, “Don’t let me get in my zone,” it is possible he was referring to the Night City custom of ZoneDance – a game of social dominance in which the victor extends their influence over the dancefloor through charisma, ability, intimidation, or violence.

The aim of the game, found in Cyberpunk’s Hardwired sourcebook, is to persuade as many other partiers as possible to conform to your movements and dance to your tune – easier said than done when many will be listening to different music through cyberaudio.

One of Cyberpunk’s best known characters lived in a fridge 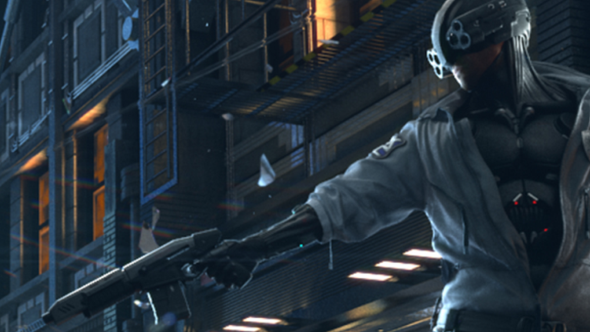 Well, not really a fridge. Rache Bartmoss lived in a cryogenic freezer disguised to look like a fridge, but it would probably keep your milk fresh all the same.

Bartmoss was a supremely talented hacker – the narrator of Cyberpunk’s sourcebook on the Net, no less – but like many in his trade, he was not so meticulous and careful when it came to looking after himself. Surfing the Net too long left him dehydrated and malnutritioned, and in 2021 his body finally gave in. His work, however, went on, thanks to the finest life support available.

This hacker’s paranoia was as great as his ability, and so nobody knew the location of the fridge he spent his days deteriorating inside. It is known, however, that his apartment was vapourised by a mass driver cannon at the beginning of the Fourth Corporate War, and all white goods with it.