Hey, do you like city-building games? Do you like RTS games? Are you a fan of Cyberpunk 2077 and now looking to fill that Night City-shaped void in your life? Well, I’ve got some good news for you – they’ve all come together in a steamy night of passion and produced a baby. Welcome to CyberTown!

Developed and published by a company called GamePlanet, CyberTown is claimed to be an interplanetary city-building game where you must explore, gather resources, and build cities on empty worlds. As you build up your cyberpunk city, you can expand to other planets and build more cyberpunk cities.

It’s very pretty, that’s for sure, but details are a little light at the moment. There’s mention of catering to the needs of your citizens. There is also an RTS-style combat element to it as well. You must train an army to keep outside aggressors – and potentially your own citizens – at bay. Promotional images show infantry and airships duking it out, but we don’t know much more than that.

The blurb mentions “food disasters”, as well as “race wars” between “wild and modified humans”. Sounds like quite the party. Here’s the announcement trailer: 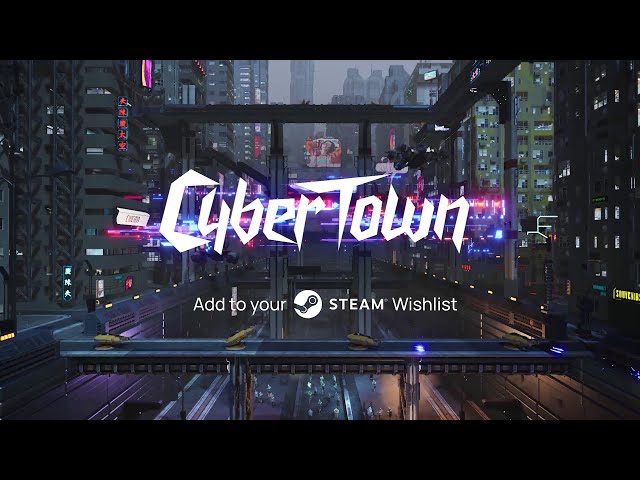 There’s no news on a release window as of yet, but the game’s steam page is now live and you can wishlist it if this is something you’d be interested in. If not, you might as well check out our guide to the best city-building games on PC instead.