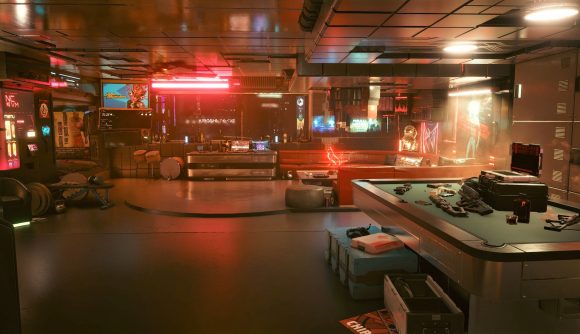 V’s apartment in Cyberpunk 2077 can get some minor updates based on what you get up to in Night City – for example, posters and trinkets appear when you complete certain side gigs, and you can even adopt a cat who’ll make himself at home. But, materially, it’s the same space for all players with no real customisation options. Now, though, a modder has created some impressive apartment overhauls that let the pad really reflect who your V is.

Cyberpunk 2077 modder ProximaDust has so far posted four apartment overhauls on Nexus Mods, each of which offers a totally different flavour of space based on your V’s lifepath background, with other style preferences folded in, too – and they look pretty darn dazzling. For example, there are currently three variations of Street Kid-style apartments – ‘glam’, ‘thrash’, and ‘techie’ – and the first of a Corpo-inspired set of suites.

The glam Street Kid option reworks V’s flat with a whole new vibe, giving it colourful neon lights, flashy furniture, and a more glamorous look overall. The thrash version, meanwhile, adds things like a drumkit, snooker table loaded up with V’s stash of weapons and kit, and a weights bench, with a more pared-back style. The techie mod has a cool blue-and-chrome scheme going on, with laptops and tech scattered all about.

The other option currently available looks more like the RPG game’s corporate spaces and residences – like Sandra Dorsett and the Peralezes’ flats, and the Konpeki Plaza hotel, for example – with a more minimalist design. There are potted plants, wooden screens, and other valuable-looking trinkets placed carefully about. This one adopts a Corpo-inspired ‘zen’ style – here’s a look if you’re curious: 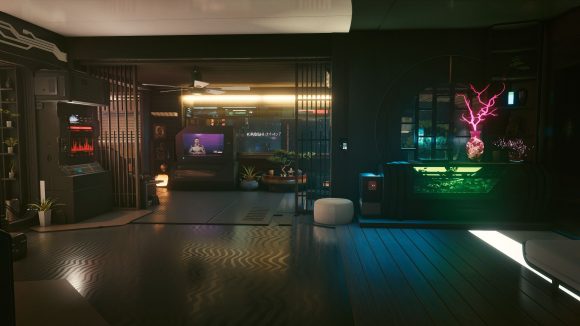 The good news is, if you’re excited about the new options but would prefer another kind of Corpo flat or a Nomad-inspired space instead, the modder has plans to add more overhauls. There’s a list on each of the mod pages indicating that some Corpo ‘force’ and ‘cyber’-style suites, and Nomad ‘dive’, ‘bounty’, and ‘tinker’ versions will be coming up “before long”.

If you’re keen to grab any of the new-style apartments for your V, you can find the links in the story above or head to this page to see them all. Be sure to follow the modder’s instructions to get them up and running smoothly and, as ever, mod with caution!

If you’re a fan of CD Projekt Red’s latest game, you might also like to check out our recent chat about why Cyberpunk 2077’s best characters aren’t meant to be loved.