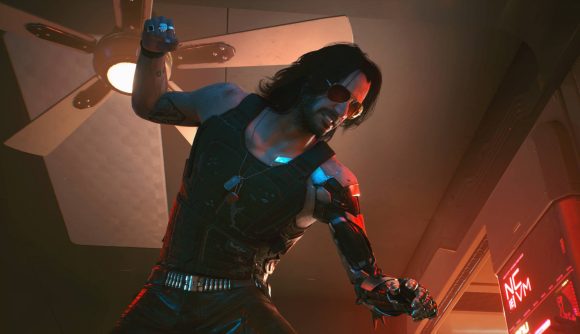 Here’s the first rule of reading about videogames on the internet: don’t believe random posters on the GameFAQs forums. Posters there have now graduated from telling you how you can totally get the Triforce in Ocarina of Time to now posing as game developers eager to air their employer’s dirty laundry. One cockamamie rant from a supposed Cyberpunk 2077 dev has now gained enough traction that CD Projekt Red itself has stepped in to say it’s not true.

“Normally we don’t comment on rumors,” CD Projekt says in a tweet, “but this time we wanted to make an exception as this story is simply not true.” Normally I’d explain what the studio’s responding to before quoting their response, but I think it’s better here to say that this is essentially fanfiction before I even get into it.

In broad strokes, the ‘developer’ rant suggests that CDPR cut a whole lot of content and shipped early to make the 2020 release date and please investors. The game’s set to make a “No Man’s Sky-style comeback”, though the promised January and February patches have been pushed back to March. “Dev morale is on an all time down and Sony is roasting our asses”, the GameFAQs post says. “Sony Japan is specially furious.”

The message concludes by promising how good the upcoming DLC and restored content will be. “You guys should have the complete game by the end of next year, if everything goes well.”

Normally we don't comment on rumors but this time we wanted to make an exception as this story is simply not true.https://t.co/JuOTY2qJbM

I’ve no doubts that Cyberpunk 2077 will become a much better game in the months to come, but perhaps not precisely as this GameFAQs user predicts. There are other RPG games for you to enjoy while awaiting further Cyberpunk patches, though perhaps none set in so vibrant a fantasy world as this particular rumour.