What is Dungeons & Dragons? Is it the setting? The classes? Is it the many-sided dice which underpin the mechanics? Or maybe the real D&D is the friends you make along the way?

Despite becoming a mainstay in the rejuvenated tabletop role-playing scene, D&D’s remain a weirdly intangible world that can mean different things to different people. Perhaps it’s a consequence of Tolkienesque visualisations being everywhere in modern fantasy, but the power of D&D does not lie in anything visual. Sure, source books have illustrations, and there’s plenty of official artwork out there, but the moment you set out to actually construct the ‘world’ of D&D for something like a videogame (or a film), I feel you’ve already lost some of the magic. It’s an experience powered by the imagination. And that’s hard to beat.

Now watch as I contradict everything I just said. It’s because of my mild prejudices against licensed D&D media that I’ve been pleasantly surprised by Dark Alliance, a co-op action RPG set in Icewind Dale, part of D&D’s core world, the Forgotten Realms. The game features Drizzt Do’Urden – an iconic D&D character created by author RA Salvatore – and his companions as they fight to stave off a growing tide of Frost Giants, dragons, and more in a narrative-driven campaign.

The core pillars of Dark Alliance are simple enough. Each of the four characters from the Drizzt novels is a D&D class: respectively, Drizzt, Catti-brie, Bruenor, and Wulfgar are a rogue, ranger, fighter, and barbarian. 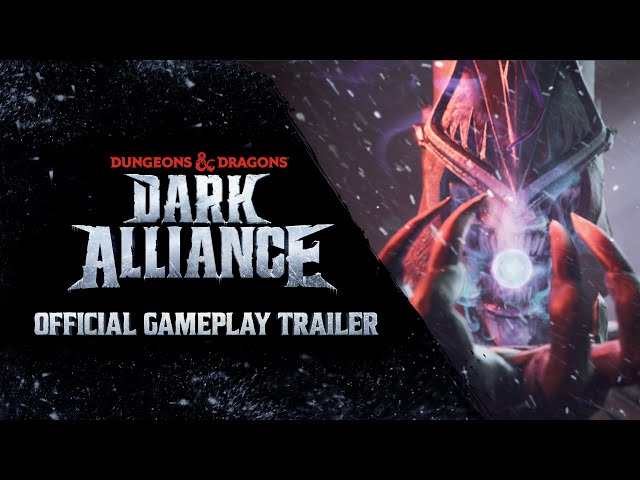 Playing either solo or in online co-op, you must run through self-contained levels in which you fight, loot, and fight some more, before heading back to your camp to rest and start the process again. It’s comparable to Vermintide or even Diablo, but takes a third-person over-the-shoulder view rather than first-person or isometric.

As you’d expect, your chosen hero starts off pretty basic, and you’ll develop them over time. Each has a bespoke skill tree through which you can hone their fighting style to your preference, and you can make further tweaks by adjusting their gear, which is where loot plays a role.

On paper it’s a game with a fairly ordinary design, but for two things that really stand out to me based on a recent hands-on session. 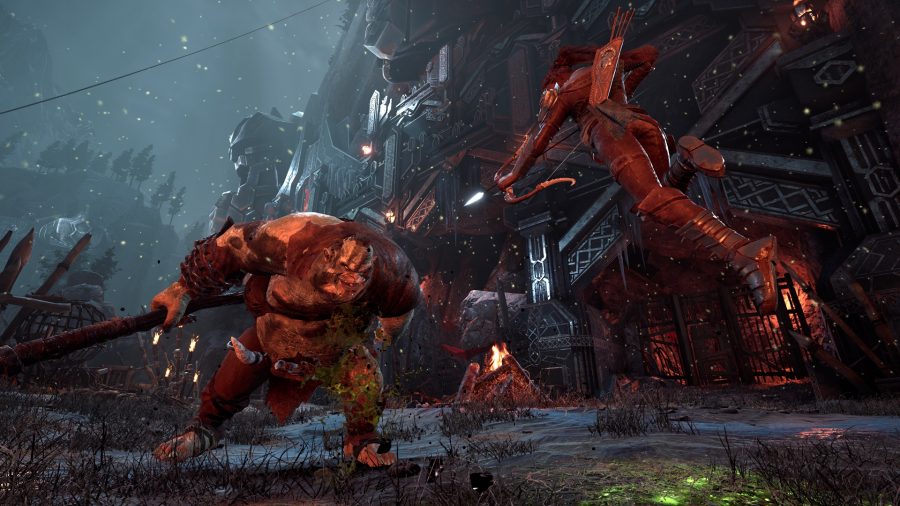 First, there are some wonderful little touches that really make it feel like a D&D experience in ways I wasn’t expecting. The easiest example to relate is the resting system. After certain combat encounters, you get the option to take a short rest. This allows you to heal your characters, but if you choose not to, you get better loot instead.

The fighting mechanics are surprisingly satisfying. Everything I did felt weighty

The short rest is a quintessential tactical decision in a D&D adventure. When do you take it? Is it safe to take it? Can your current quest handle a couple of hours’ delay while you have a snooze? The fact that it’s been smartly woven into Dark Alliance’s core loop is a lovely touch, and sends a clear signal that, despite being a fast-paced action RPG, this is still a D&D game. D&D publisher Wizards of the Coast is closely involved with development, having acquired developer Tuque Games in 2019, which probably explains this kind of attention to detail.

Secondly, the fighting mechanics are surprisingly satisfying. I was trying out Bruenor, an armoured dwarf fighter who basically serves as your party’s tank. Everything I did, whether it was blocking attacks with my shield, thwacking a goblin-thing with my hammer, or pulling off a jump attack combo, felt weighty. There’s a level of reverence given to the feel of each hit that almost approaches that of Tekken or Street Fighter. 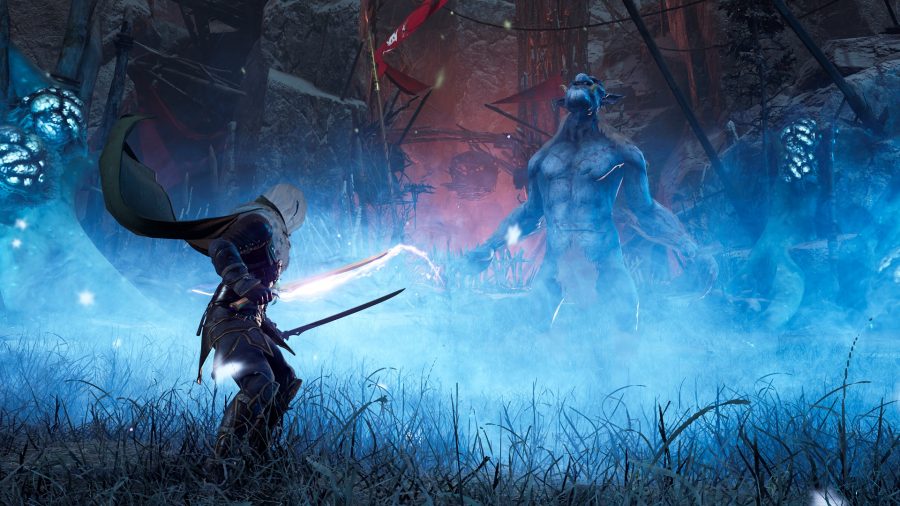 Timing is key, different button combinations can do different things, and there are more elaborate moves you can pull off at higher levels. I giggled slightly when I managed to pull off what appeared to be a shield block counter, which flowed into a reverse spinning backhand with my weapon.

There are no dice, but there’s certainly a soul

My time with Dark Alliance was brief and plenty of crucial questions remain unanswered. The co-op experience will make or break this game, as I can’t imagine this being as enticing as Diablo or Destiny as a solo experience, D&D or no. The endgame loop and longevity are also massive question marks, although this is not a live-service game.

Dungeons & Dragons means different things to different people. For me it’s never meant a videogame, despite impressive efforts by Baldur’s Gate and the like to recreate the tabletop experience in digital form. Dark Alliance doesn’t even try to do this – it’s a hectic ARPG, not a ponderous CRPG – but it’s still managed to embed itself quite strongly as a ‘D&D game’. There are no dice, but there’s certainly a soul.

Dark Alliance will release on PC (and consoles) on June 22, 2021. Pre-orders are available now via the official website.