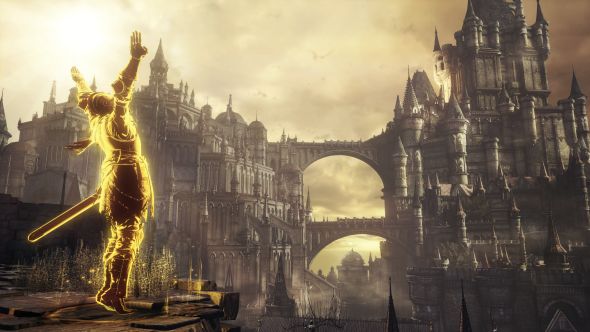 There’s something about the Dark Souls series that’s attractive to masochists, whether it’s people attempting to complete it without levelling up – a OneBro run – or playing through with some kind of peripheral, such as an instrument from Rock Band.

One player has taken that self-imposed challenge to the extreme, creating a range of ridiculous conditions which they have to use to defeat Champion Grundyr, a late game boss in Dark Souls 3. Oh, they’re on New Game +7, too, so he’s extra hard.

YouTuber iHardlyTriHard Gaming decided they wanted to beat this boss using only parries performed after a 720 degree spin, leaving them with their back to him. After they attack following a successful parry, they then perform a ‘praise the sun’ emote, before rolling away.

Next, the YouTuber strips a piece of armour from their character and switches to a new weapon so they can do it all again. It’s ridiculous. This is all done without healing, by the way.

This is what happens when you play Dark Souls 3 for over 700 hours.