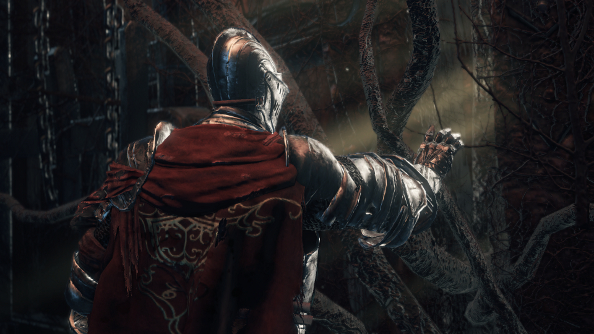 Please just wait. Before you reach for the comments section, before you flame my Twitter timeline, before you look up my address on the electoral register – just wait. Because I’m about to preface this article with so many caveats that it’s essentially going to become meaningless.

It may not be hard enough, but it’s still one of the best PC games you can play right now.

Firstly, this is not a humblebrag. I don’t consider myself to be Good At Videogames. I’m terrible at online shooters, I’ve never played a MOBA, and I can just about do a hadouken. When it comes to Souls specifically, I reckon I’m little more than passable. I’m not a onebro, I regularly get killed by invaders, and I’ve never completed a FromSoft game without being hit, using a lyre, while riding a pedalo. I’ve gone through the first Dark Souls twice, DSII once, and Bloodborne once. I’ve never even played Demon’s Souls.

That’s not to say I have only a passing interest in the series. I consider Dark Souls to be my favourite/the best game evah, and I’ve done a fair amount of reading and viewing around it (including watching the entirety of the excellent Crate & Crowbar playthrough). So there that is, just in the interest of full disclosure. 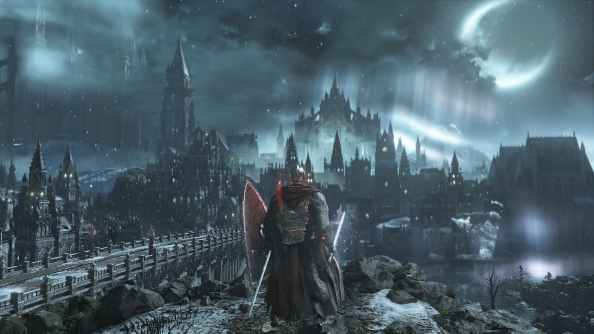 Second on the list of things this isn’t, is a deliberately controversial HOT TAKE. Ok so the title’s a little bit baity in that obviously Dark Souls III isn’t actually easy – it’s far, far harder than almost any other mainstream game that will release this year – but I’m not just trying to rile people up in the name of clicks.

Finally, it’s not even necessarily meant as a criticism of the game itself. Dark Souls III is brilliant – the world is beautiful and desolate in the manner that only FromSoft can do so well, the environments are intricately designed, and a number of the boss battles are memorable spectacles.

There’s nothing inherently wrong with the challenge being knocked down a couple of notches. DSIII is a great place for people new to the series to step in. There’s more explanation given as to how certain mechanics work, relationships with the various NPCs are structured in a more overt and traditional manner, and it’s far harder to accidentally walk into an area of the game that you’re simply not ready to tackle yet. 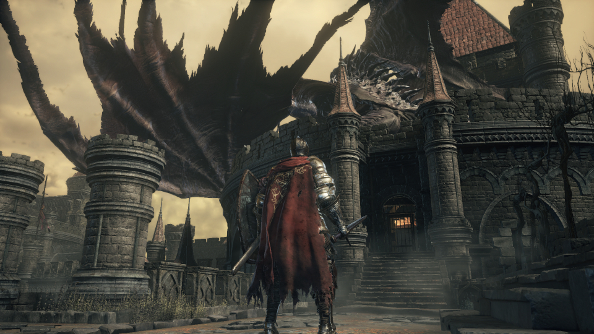 All of this is true, and I acknowledge it. Just as I acknowledge that Dark Souls III is great, and I’ve loved every minute of it. It’s just not quite the game I wanted it to be, and the sole reason for that is that the challenge hasbeen knocked down a couple of notches.*

While not generally quick to anger, I am a man in possession of a temper. It’s also a temper that has been known to flare up as a result of playing games. Case in point: the first Dark Souls. Approaching it as green as you can be, at first I simply didn’t see how you could even beat the Asylum Demon. But of course I soon did, and over the next several painstaking hours I made my way through the Undead Burg, eventually besting the Taurus Demon.

And then, just as I was starting to feel like I was getting the hang of things, I stepped out onto that bridge and the ****ing Wyvern burned me to a crisp, souls and all. So, as any rational gentleman would, I walked calmly over to my console, ejected the disc… and Frisbee’d it across my flat. 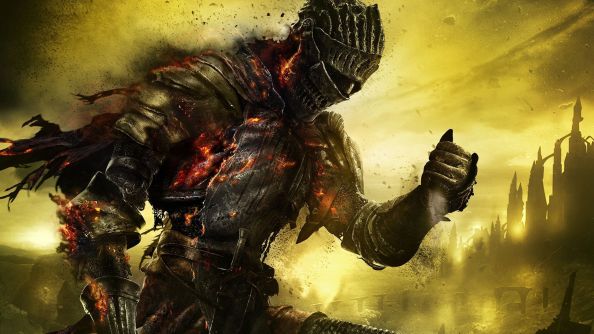 That was it for more than six months. It was only when I returned a second time did I persist with the game and all its myriad, horrible challenges, some of which held me up for actual days. I must have fought Quelaag more than 50 times, maybe nearer 100. I literally couldn’t do Ornstein and Smough without summoning in someone to help. Ceaseless Discharge, Gwyn, the Centipede Demon – all varying levels of rage-inducing horror.

The same is true of Dark Souls II. The Duke’s Dear Freja was several nights’ work, while I never even managed to kill Mytha until I realised you could drain the poison pool. Bloodborne had Vicar Amelia, Rom, and the final fight. There are many more.

(An aside here: from talking to many fellow Souls fans over the years it’s interesting to note how many people struggle with totally different bosses. I was always told to fear the Four Kings yet did them on my second try, whereas I’ve had a nightmare with those – such as the Smelter Demon or Quelaag – that others breeze past. My point isn’t where the challenge lies, merely that it lies somewhere.) 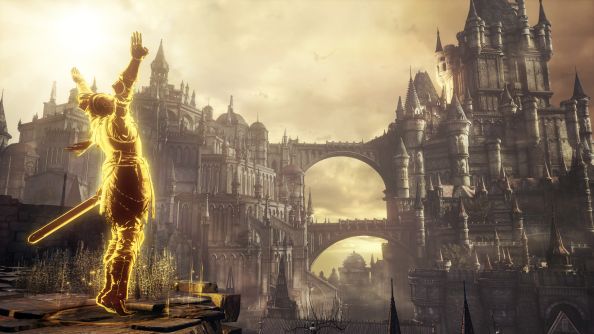 The purpose of all of this is that there is a corollary to those trying times, and it’s the feeling of achievement when they were finally overcome. The hours of reloading and traipsing back to that fog gate for the upteenth time were made worthwhile, and the joy overwhelmed all of the frustrations that led to it.

I’ve felt almost none of this in Dark Souls III. There were some expressions of relief when the Abyss Watchers and Pontiff Sulyvahn – the two I’ve found toughest – were made vapour, but on a totally different scale. Neither of them required even double-figure attempts, let alone days of refining strategy, learning attack patterns until I dreamed of them, and screaming wildly into the night sky just to relieve the frustration.

I’ve had a wonderful time on my journey through Lothric. Certain moments have made me ‘oooh’ and ‘aaaah’ and emit a slightly odd squeaking sound, and even some of those bosses who’ve fallen swiftly, such as High Lord Wolnir, have been brilliant to experience. 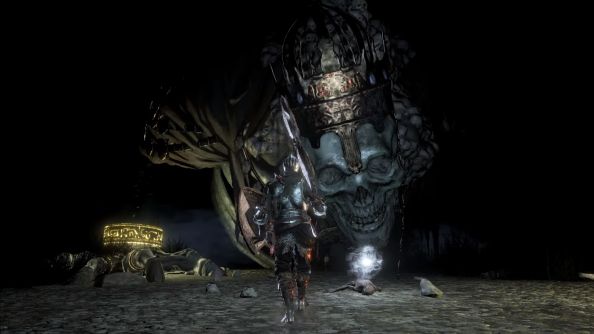 But I haven’t struggled. I’ve not had that wonderful Souls cycle of: reach boss/area that seems impossible -> fail time and again, decide it really is impossible -> start to see a possible chink of light, but no practical way of actually emerging victorious -> learn, die and repeat until you make tangible progress -> very, very nearly triumph only to fail at the last, cursing yourself and everyone you know -> get set back by your own annoyance -> win.

That’s not all a Souls game is – it’s the world, it’s lore, it’s the sense of tentative, unguided exploration – but it is at the core of the gameplay experience. And while I love Dark Souls III, it hasn’t provided me with this. And that makes me a little sad.

* This isn’t quite true, as I also feel the nods to the original are a little overdone, and the section beyond Oceiros, while great, is an uncharacteristically ham-fisted piece of lore exposition. But the point remains for the purposes of this article.