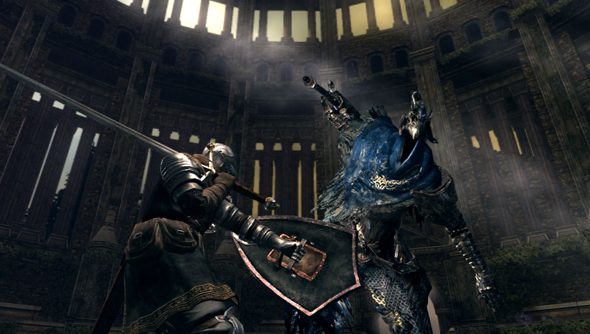 The Dark Souls challenge run community are a talented, bonkers bunch – and even for them, beating Dark Souls with a guitar controller was just a joke. But it was a common one, and it got Bearzly to thinking.

“So I figured why not give it a shot?,” said the Twitch streamer. All in all, the run took just 11 and a quarter hours.

Between them, he could manage backwards, forwards, move right, rotate camera left and control vertical movement speed. And it turns out that’s all you really need.

The hardest environment on the run proved to be Sen’s Fortress – and its toughest bosses were Dark Souls’ own “Pikachu and Snorlax”, Orstein and Smough. Here’s an excerpt from that battle:

The whole run was streamed on Twitch.Bearzly also plans to stream Dark Souls 2 the same way, once From Software release their Crown of the Sunken King follow-up.

Honestly, Guitar Hero’s Through the Fire and Flames was struggle enough for me. Have you ever returned to Lordan with some strange and almost certainly lethal restriction?