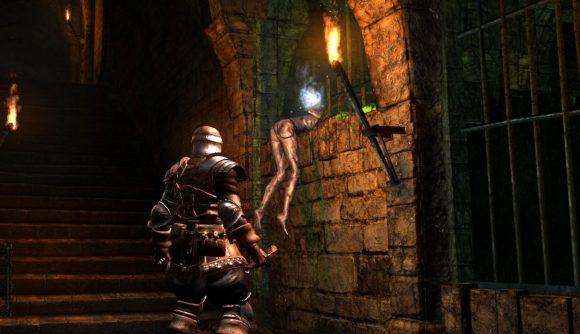 Dark Souls: Daughters of Ash is a massive mod that has been in development for ages, aiming to overhaul the game with new progression, new quests, new items, and new enemies. Creator Grimrukh says this offers “approximately twice as much content as the original game,” and it’ll take multiple playthroughs to see everything the mod has to offer.

If you’re looking to return for a heaped spoonful of Dark Souls in the new year, you can grab Daughters of Ash over at Nexus Mods. It’s currently only compatible with the original Prepare to Die Edition, but a port for Dark Souls: Remastered is set for later in the year. If you don’t already have DSfix installed, that’s included with the files here.

You won’t find new game assets like character models or map changes here – everything in Daughters of Ash is made by remixing existing assets, including content cut from the original game, into new configurations. Those include new boss battles built from tweaked game logic, “most of which are designed to promote novel gameplay rather than sheer increased difficulty.”

This mod has been in the works since 2017, and Grimrukh says it’s taken “more than one thousand hours of work” to get to today’s mod release.

Read more: Prepare to die in the best PC RPGs

You can also check out Prepare to Die Again – a mod with similar goals which launched just over a week ago. The Souls games are most of all about discovery, and the chance to get back to DS1 with something approaching a fresh set of eyes is an exciting one.