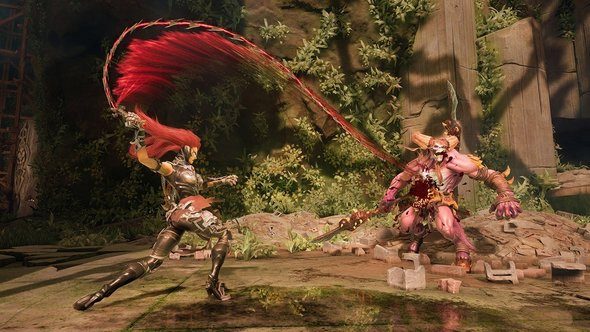 We’ve just been treated to a showcase of extended gameplay from the upcoming Darksiders 3. In it, we see that the impending hack-and-slash from Gunfire Games and THQ Nordic makes the leap over to the Unreal Engine with a totally new world, as well as a new protagonist in the form of the whip-wielding femme fatale Fury.

Check out all the other upcoming games so you can be the coolest kid in the playground.

The twelve minutes of gameplay sees Fury moving through an Earth-like post-apocalyptic world on a mission to kill the seven deadly sins. This new title promises to improve on previous games in the series, introducing seamless transitions with zero hard loads, a huge graphical overhaul and a new design philosophy based around logic and context.

Darksiders 3 will be here sometime in 2018, but you can head over to Steam now for information and discussion. You can also check out the full run-down over at IGN.