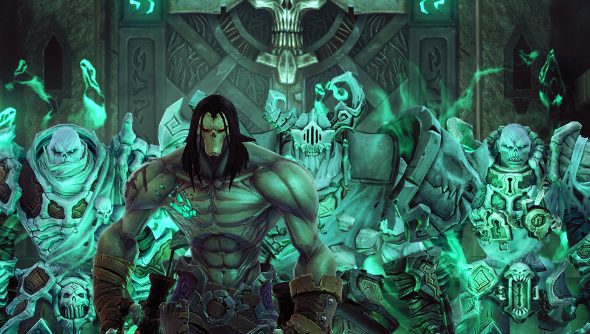 Darksiders 2: Deathfinitive Edition, which recently launched on PC, is not the sequel people were hoping for. It’s a relief, however, that Nordic Games is doing something with the IP, and, it turns out, this remastered version is also the first step in resurrecting the franchise.

“Darksiders 2 Deathinitive Edition was just the start,” executive producer Reinhard Pollice has explained on the Darksiders 2 Steam community forum. “Since we acquired the franchise we were looking for options for doing a DS3. The remaster was just a way to get some spotlight on the franchise again, reactivate the community and have a better starting position for DS3.”

Of course, any new Darksiders would have to be made without the original team, who have since gone on to join other studios. And that’s a shame, because Vigil proved to be an ambitious developer, and its second game in the Darksiders series was a dramatic improvement over its already enjoyable predecessor.