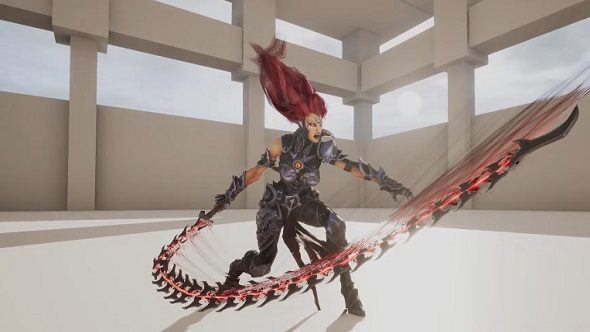 Following its grand reveal earlier this month, Darksiders 3 has become the focus of this month’s IGN First initiative. Starting off the series with a brief history of Darksiders 3, developer Gunfire Games have discussed their desire to give the franchise the finale it truly deserves.

If you’re looking to plan your spending for the rest of the year, check out our list of upcoming PC games.

The actual formation of Gunfire Games comes from a series of unhappy circumstances, brought about by THQ’s bankruptcy back in 2012. According to lead level designer Richard Vorodi, there were “some false positives along the way” to Darksiders 3, due in part to the team thinking that the success of Darksiders 2 would ensure their purchase once THQ went belly-up.

Shocked by the lack of a buyer, Vigil Games was forced to close up shop and the Darksiders franchise was left in limbo. With some Vigil Games team members going to pre-existing studios and others going to form Airship Syndicate with Darksiders creative director Joe Madureira, remaining members of the Darksiders team came together to form Gunfire Games. While it wasn’t their primary focus, the thought of doing another Darksiders was always in the back of the minds of the Gunfire Games team. When THQ Nordic eventually acquired the Darksiders franchise and then approached the team about finishing the series, it was an offer they couldn’t refuse.

“It felt like unfinished business” says Gunfire Games president David Adams and seeing as he was one of the founders at Vigil, it seemed only right for the series to end where it began. Legacy is not so important for Gunfire Games, they are more concerned with putting this entry in the series out “without damaging anything else” and potentially “setting up the next one”. If they can leave Darksiders “in a better state than when they found it”, they will have done their job.

There’s still plenty of time before Darksiders 3 comes out, so expect more news and details on its development over the coming year.