The best part of any natural history exhibition is the scale chart. The diagrams that depict a London bus drifting alongside a humpback whale, or a very vulnerable looking diver next to a megalodon.

If the behemoths of Dauntless were ever on show in a museum of digital monsters, then getting a sense for Quillshot’s size would be very simple: each of his quills stands about a head taller than a human being. It’s easy to compare size when one of them stands still – quivering in the sand, inches from its target… your skull.

When Quillshot was first designed – as either the fourth or fifth opponent in the monster hunting game, the team can’t quite remember which – his codename was Bullseye. That’s because he could launch quills from halfway across an island and hit you dead on.

“We do a lot of mashups,” art director Katie De Sousa tells us. “Quillshot is a porcupine mashed up with a warthog, and we wanted to see what that would look like if they evolved with [magical energy source] aether power. So, naturally, he has crazy aether quills.”

In the beginning, Phoenix Labs knew it wanted a behemoth with an arsenal of ranged attacks that could ensure nowhere was truly safe during a fight. That’s where the “quill artillery” came from. And, in fact, Quillshot’s scale evolved naturally out of the decision to cover his body with spines. 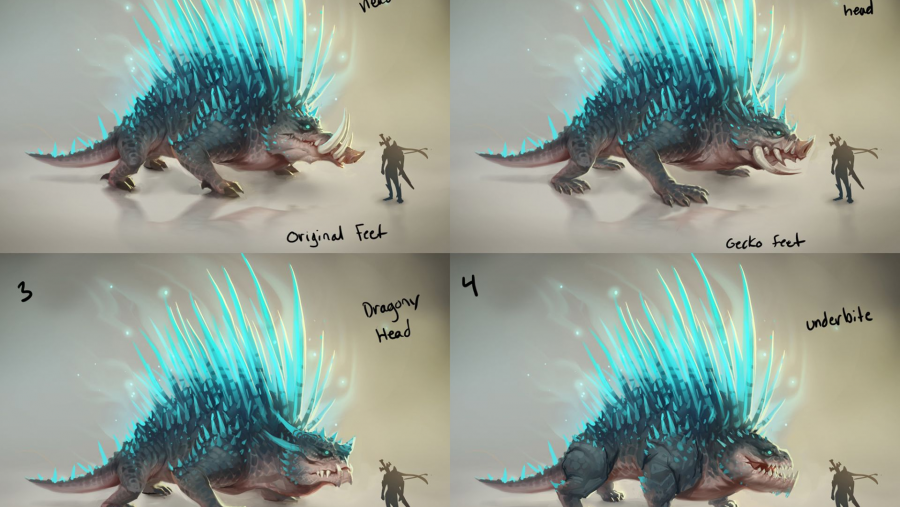 “Quills are inherently so visually noisy, so we had a lot of visual development to work around that and find a way to display them,” De Sousa says. “That’s part of the reason he’s so big – the bigger the quills, the less noisy they become visually.”

Beneath those spines, Quillshot is encased in a thick, black hide – evoking biker leather. The team took inspiration from alligators and slow-moving amphibians.

“When we were starting to do visual development, he was a little more warthoggy,” De Sousa recalls. “He didn’t end up looking as much like a predator as we wanted him to. He looked like fauna. Putting a little alligator in there helped a lot.”

These aesthetic decisions have a practical purpose: Quillshot has to look tough enough to justify his hefty pile of hit points. “Quillshot’s a big dude and he’s slow – the players have a lot of time to just run up and smack him a whole bunch,” De Sousa says. “He needs to have some kind of protection to keep him plausibly there and alive for a long time.” 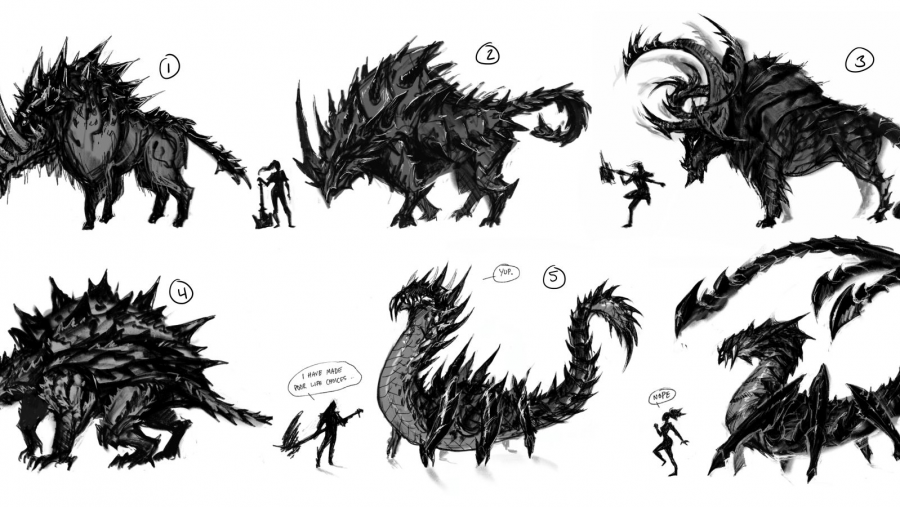 “It’s kind of the opposite of the spectrum to Embermane, where he’s got slimmer, more muscular limbs but also looks more fragile,” behemoth designer Reid Buckmaster adds. “Quillshot is a bit more of a lumbering giant.”

The risk with any tank-like boss is that they quickly become tedious to battle – near-static objects that you hack away at ad finitum. For Quillshot, the key to making him a tactically satisfying opponent was to cover him in breakable parts. Where the owl-like Shrike is visibly weakened and de-feathered after reaching a certain threshold of damage, Quillshot is a multi-faceted enemy who loses chunks of armour regularly throughout the fight.

“As a player you know if you break his spines he has fewer spines to shoot,” marketing manager Nick Clifford says. “You break his tusks, he’s less inclined to try and chomp at you with them. Even though he is a bit of a tank, players still feel good about hitting him because they’re breaking stuff off of him on a fairly regular basis.” 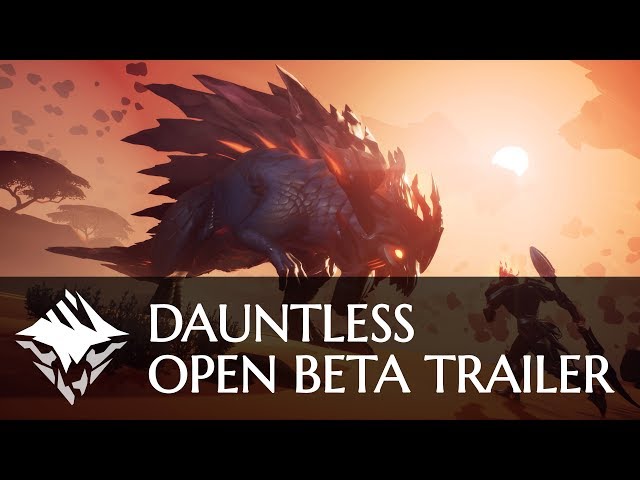 Four different segments of Quillshot’s hide can be broken down individually, influencing the number and pattern of the quills he shoots. Similarly, it’s possible to lop off his tail, causing him to resort to back kicks, or remove his tusks to take them out of the equation. The result is a fight filled with strategic potential for those teams who think it through.

“The other thing we wanted to teach players was reinforcing the concept of early outs on your combo chains,” Buckmaster says. “He shoots the quills, and they always take the same amount of time to fall. So as players get more used to the timing of the arc, they can keep their combos going later, only adding the dodge rolls just before the quills hit.”

It’s funny to think that Quillshot has wound up one of Dauntless’s great teachers, given that Phoenix Labs describe his main characteristic as grumpiness.

“There was a punk-like, b-bopper, rock city vibe that we were getting from the monster, and we wanted to carry that through the armour and make the whole encounter feel like that,” De Sousa says. “He’s not elegant or graceful – he’s slobbery, heavy, and kind of gross.”