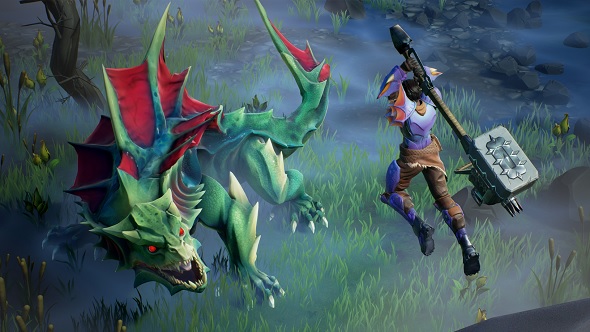 The developers of Dauntless have a big task ahead of them. They are trying to carve their own space in a genre dominated by Monster Hunter. If they are the puny hunter with spear in hand then Monster Hunter is the hulking behemoth in front of them, swinging its spiky tail threateningly.

As any fan of online co-op beast-hunting games will know, preparation is key if you wish to take on the biggest prey, which is why Dauntless developers Phoenix Labs made the game publicly available a few months ago with a closed beta. It gives the team a chance to try out new features, refine older designs, and to do so with a pool of players who will not hold back with their critique.

If you’re getting into Dauntless check out our quick tips to guide you through it.

With Monster Hunter: World – the series’ first PC release in the West – due to arrive in 2018, it has become critical for Phoenix Labs to differentiate themselves from their gargantuan rival.

“Much like how we’ve drawn on Monster Hunter for inspiration, we’ve drawn on other games like Destiny and World of Warcraft to help us create on online space for players to live,” Nick Clifford, marketing manager for Phoenix Labs, says. “Dauntless is going to be a game that, knock on wood, we’re going to operate for years to come.” 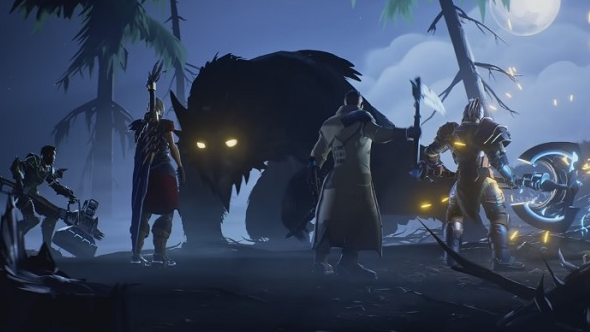 Clifford hopes the online functionality his team are building for Dauntless will be what differentiates it from Monster Hunter. “Everything we do, we build it through the lens of a co-op, social game. I think Monster Hunter does support multiplayer, which is great, but often it’s matchmaking or lobbies versus something that’s been built from the ground up to be an online social experience.”

Unfortunately, that online space isn’t there yet. There is definitely more in the way of a social experience in Dauntless than in the Monster Hunter series already, but it is limited to a small hub area that functions more like a glorified menu screen. At a later point, there will also be guilds that will be expanded upon until they resemble the clans system in Destiny 2.

All of that is a way off for now. But Phoenix Labs are taking small steps towards that goal in the meantime. This is seen in the latest update, Sharpen Your Skills, which adds new Behemoths to fight and the new war pike weapon, which is Dauntless’s first foray into long-range combat.

During my time with the update, I fought a rock-covered behemoth called a Skarn alongside the developers as they explained how it was designed by those on the team they refer to as ‘behemothologists’. Apparently, these monster makers work in at least partial secrecy, as they will neglect to tell the rest of the office about the special abilities they give each of their creatures. It is obvious why: they watch as chaos ensues when these abilities are first used during playtesting, both a cruel joke on their colleagues and a useful bit of feedback. 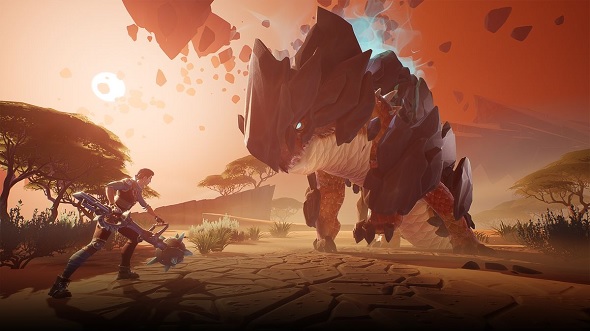 Mostly, though, the Sharpen Your Skills update is a reminder that, as a player, you will be left asking ‘what’s next?’ for some time. The next weapon, the next Behemoth, the next building block for the world – it is all coming soon, with a public Dauntless roadmap on Trello giving continual updates on what Phoenix Labs are working on. While it is good to know there is a plan, it is hard to ignore how limited the game currently is, with many of the more exciting features being nothing more than a tease.

Dauntless is still in closed beta, of course, but even when version 1.0 comes out, the team want to be working on it for “years”. The storyline is still to come, many assets in the game are placeholders, and the original weapon designs are due to be changed at some point.

There are some really positive changes to the game since it first went into closed beta, however. Where the game’s progression was initially limited and felt akin to a linear grindfest, it has become more interesting with the implementation of cells – modifiers that change how combat works. They can be generic or specifically change how your weapon works and, like all other systems in Dauntless, the current iteration is just the beginning.

“I don’t even know if you’d call it version one of the cell system, it’s just of our first foray into [it],” Tornay tells me. “A big thing that we wanted to do was we knew we wanted to get feedback on early iterations, to see how people were using them before we invested a tonne of effort or indicated a direction. Once you signal your intention, it’s hard to take that back – we knew we had an opportunity to say ‘hey, here’s a couple of ways to use the cell system’. We’ll see how people use it and we’ll continue to iterate. I think you’ll see something in the cell system later on, like cell upgrades and things like that, that will keep the system fresh but also accessible.” 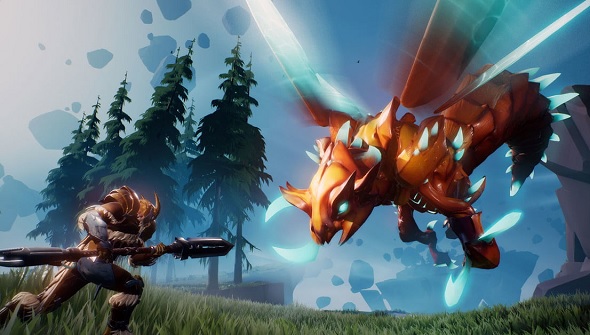 Having played the Monster Hunter: World beta, as well the latest beta for Dauntless, it is hard not to compare the two. Monster Hunter: World is the culmination of years of experience, with gorgeous and realistic visuals supported by a design that has been refined since 2004. As of right now, Dauntless is a series of promises – merely scaffolding at this point.

But there are encouraging signs that Dauntless could take off one day. In the central hub, there are always players to be found hunting Behemoths, and there are guilds of over a hundred people all hunting together in packs. Players are already joining Phoenix Labs on this long road to completion and they seem to be having fun in the process. Hopefully, by being open about the development of Dauntless, Phoenix Labs can turn the game into another enormous beast, and not find themselves chiseling away at a fossil.